“Bulky, fragile and unable to fly in bad weather, today’s ‘industrial’ drones are not well-suited for mission-critical operations.  Damage from normal handling and weather conditions like light rain and moderate wind often delay, interrupt or cancel flights.  That means wasted time, higher costs, and increased risks for operators and the customers who depend on them,” said Peter Fuchs, Ascent AeroSystems CEO.

“Our vertical cylinder configuration reduces the size of the airframe to an absolute minimum, making the drone really portable.  Cylinders are also inherently strong.   With a simpler structure it’s also easier to make resistant to water and dirt, so we’ve got the smallest, strongest, most environmentally resistant aerial vehicle possible,” said Nate Meringer, Chief Engineer. 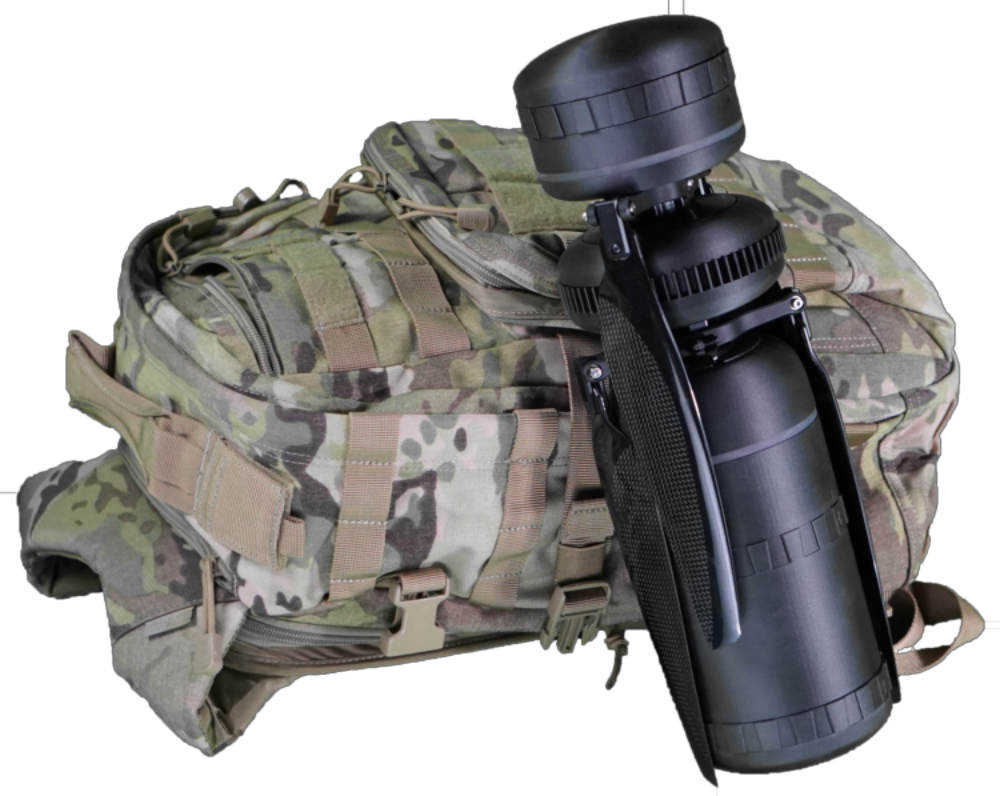 Five years in the making, the Spirit is the ideal platform for public safety, military and intelligence operators.

“The core is not much bigger than a coffee can and weighs just 3 pounds, but it can carry more than 10 pounds.  With two batteries it can fit in a backpack and fly for more than 50 minutes.  That’s unprecedented,” said CEO Peter Fuchs. “We’ve included quick-connect attachments on the top and the bottom of the drone, so you can configure it as needed to suit any mission.”

Dynetics, a Huntsville, Alabama defense contractor, is the launch customer for Spirit.  Mark Miller, Dynetics’ Vice President and Division Manager of Missile and Aviation Systems, said “Dynetics has been using Ascent’s coaxial technology for more than a year, and we’ve been impressed by the performance and reliability of these vehicles.  Not only is the cylindrical shape great for austere environments, it also makes it possible to launch the vehicle in ways that other configurations simply can’t do.  This opens up an entirely new set of potential missions that can’t be met by conventional UAVs.” 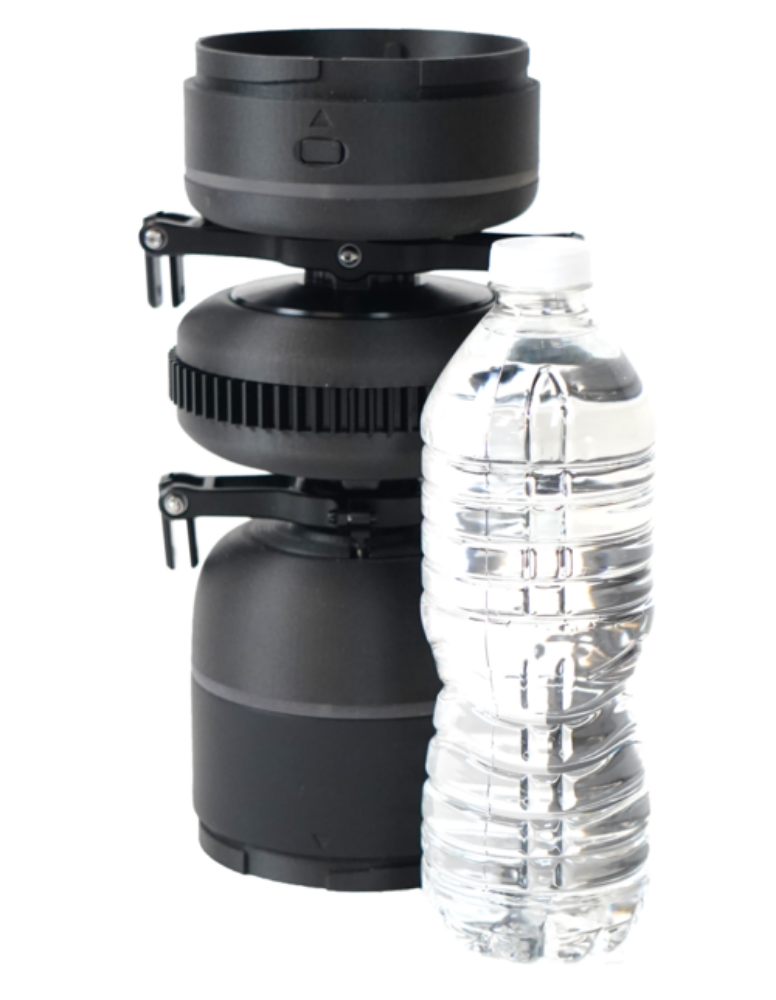 “We have found that stability, maneuverability and speed of Ascent’s UAVs are excellent, and its lifting capability is outstanding for such a compact vehicle.  We see a wide range of uses for this unique VTOL platform.  The Spirit’s modular configuration also improves our ability to incorporate new technologies, so we can rapidly develop new payloads and demonstrate new capabilities to our customers in the defense and intelligence communities.”