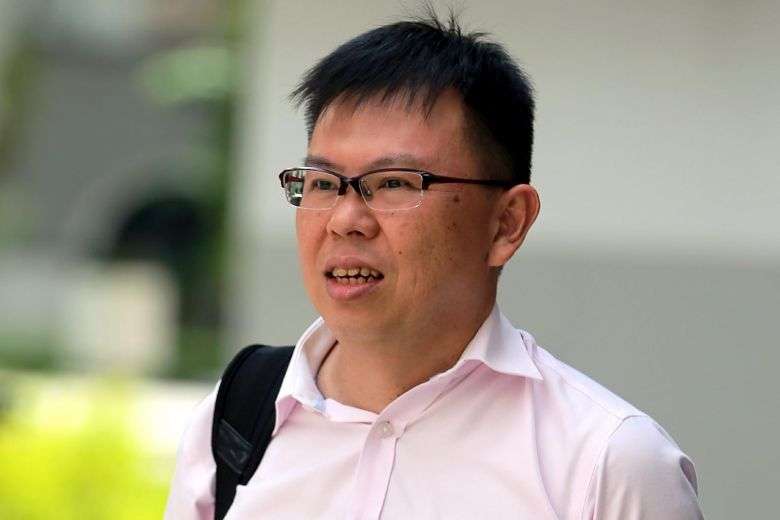 Goh Leong Kiat is a company representative of LT Sambo

A company that operated a drone in Singapore without the required permit was fined S$9,000 on Monday (Jul 8) in the first prosecution of its kind.

The Singapore branch of civil engineering company LT Sambo Co had flown a drone twice over a stretch of road in Marine Parade without successfully getting an activity permit from the Civil Aviation Authority of Singapore (CAAS).

LT Sambo had been engaged to carry out underground foundation works for a Mass Rapid Transit (MRT) development project along Marine Parade Road, the court heard.

Although the company was issued a drone operator permit on Aug 21, 2017, it required an activity permit to operate drones along that road.

The company’s quantity surveyor, Mohamad Wadud Al Hafiz Ponijan, made an application to CAAS for an activity permit to capture aerial footage of the area around Marine Parade Road for LT Sambo’s construction work plan.

However, CAAS replied LT Sambo a day later on Sep 28, 2017, saying that the proposed flight posed potential risks of damage to property and personal safety, as it involved flying over a public road with a high concentration of human and vehicular traffic.

It said comprehensive risk mitigating measures were required, and asked the company to provide details of such measures for CAAS’ review before any activity permit would be granted.

LT Sambo did not provide the risk mitigation measures, and was not granted an activity permit.

COMPANY WENT AHEAD WITHOUT PERMIT

Despite this, representatives from the company flew a 1.38kg DJI Phantom 4 drone over Marine Parade Road on Nov 17, 2017.

They managed to complete two flights of about 20 minutes each over about 2km along Marine Parade Road, going as high as the fourth storey of HDB blocks nearby.

The drone was on its third flight when police officers arrived based on information that a drone was being operated in the area.

A representative for the company, which is involved in bridge, tunnel, viaduct and elevated highway construction, pleaded guilty on Monday to one charge of operating an unmanned aircraft without a permit.

She said LT Sambo had willfully contravened the Air Navigation Order, and had been caught red-handed operating the drone illegally.

Marine Parade Road is a major traffic artery serving a densely populated area, said the prosecution, and the stretch that LT Sambo had flown the drone over was a six-lane dual carriageway.

If the drone had fallen to the ground, it would have had a ground impact speed of at least 53.3kmh, said the prosecution.

Mr Tan Kah Han, CAAS’ senior director of safety regulation as well as director of airworthiness certification and unmanned aircraft systems, said in response to media queries that the authority takes a serious view of errant operations of unmanned aircraft which may pose threats to aviation or endanger the personal safety of others.

CAAS will not hesitate to take enforcement action against unmanned aircraft operators who contravene regulations, he said.