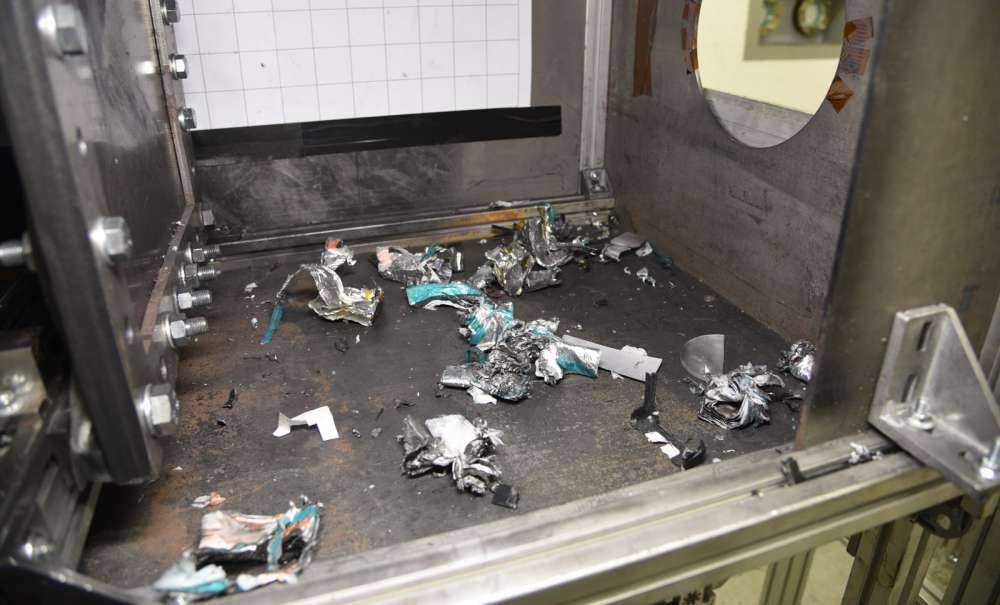 The rapid rise in the number of drones worldwide has been accompanied by increasing reports of near misses with commercial aircraft. Bird-strike tests for aircraft are mandatory. To date, however, there is no equivalent standard test procedure for collisions with drones.

In order to to be able to fundamentally understand the consequences of a collision between an aircraft and a drone, the Fraunhofer Institute for High-Speed Dynamics, Ernst-Mach-Institut, EMI is now planning to build a test bench for recreating various collision scenarios with complete drones.

The incidence of drones impacting air traffic has risen in recent years. In 2018, there were 158 cases 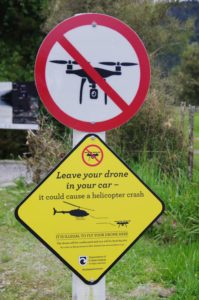 No drones allowed in the vicinity of helicopters

reported at German airports. Indeed, Germany’s federal police has warned of a massive threat posed by unmanned aerial vehicles. This year, at the beginning of May, flight operations at Frankfurt Airport had to be shut down completely for a short period following the sighting of a drone. The total number of drones in private and commercial use in Germany is forecast to rise to 847,000 by 2030, an increase of almost 80 percent. Drones endanger not only aircraft coming into land but also low-flying helicopters. Pilots live in fear of a drone hitting the cockpit windshield, the engine or the leading edge of the wings. Experts are of the opinion that a collision with a drone would cause more damage to the aircraft than the impact of a bird strike. Before being certified for use, aircraft must undergo a standard test to assess their tolerance to bird strike. In the case of drones, however, there are no such regulations. Researchers from Fraunhofer EMI in Freiburg are keen to see changes here.

“From a mechanical point of view, drones behave differently to birds and also weigh considerably more,” explains Dr. Sebastian Schopferer, one of the scientists working on this project. “It is therefore uncertain, whether an aircraft that has been successfully tested against bird strike, would also survive a collision with a drone.”

A major threat to safety

Initial impact tests with drone batteries and motors have confirmed the danger.

“Using compressed air, we accelerated these two components to speeds ranging from 115 to 255 meters per second and fired them at aluminium plates up to eight millimeters in thickness that were mounted in a test bench,” Schopferer explains. Given their weight, both the battery and the motor can cause major damage: “There was substantial deformation and indentation of the plates, and the drone battery and engine were completely destroyed.” The outcome of the tests was recorded with a high-speed video camera.

The primary objective of this series of tests is to determine the transfer of momentum at the instant of impact with the two aforementioned components and to investigate the associated damage to aircraft materials such as aluminium alloys and fibre composites. In parallel to these dynamic investigations, researchers also conducted a number of quasi-static pressure tests in order to determine the strength and rigidity of the drone components. These results will play an essential role in the derivation of numerically efficient, predictive simulation models that the aviation industry can then use to ascertain new and important findings about the impact behaviour of drones. Using such models during the design phase, it will be possible to assess the resistance of new aircraft components to the impact of a drone.

In order to simulate realistic impact scenarios, researchers are now planning to construct a new type of test bench for investigating the impact of complete drones with a maximum weight of three kilograms and flying at speeds of up to 150 meters per second.

“We will be able to investigate the impact and fragmentation of complete drones during collision with both rigid and flexible targets and thereby study the presumably catastrophic effects of a drone strike for an aircraft,” Schopferer explains. “Tests in this weight class of drone have never been carried out before.”

The tests will be conducted with a variety of drones, including both amateur and semiprofessional models, weighing between one and three kilograms. In addition to aircraft manufacturers, these investigations will also benefit aviation authorities, providing them with important information for a more in-depth assessment of the danger to aircraft posed by drones.