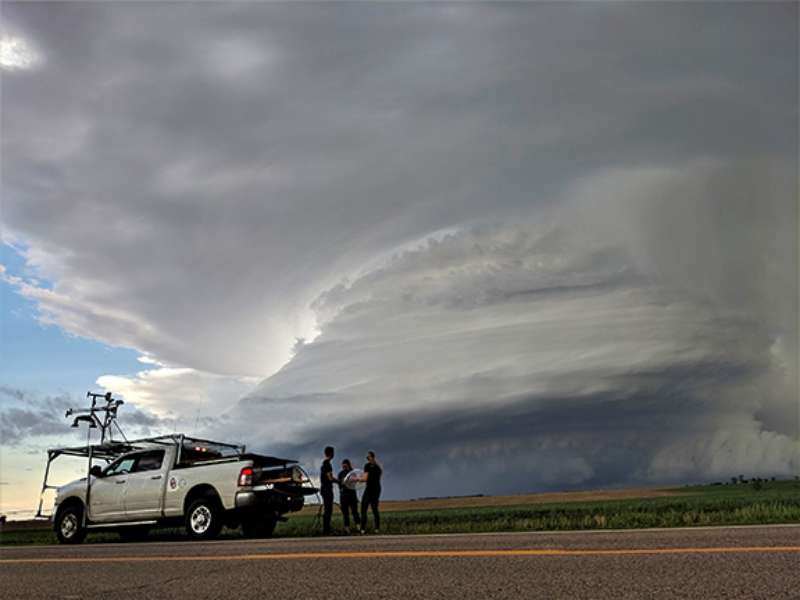 The windsonde team prepares for a balloon launch during a storm in Nebraska in late May.

After 32 days on the road, more than 9,000 miles, 19 supercell storms and at least eight tornadoes, researchers expect results from the Targeted Observation by Radars and UAS of Supercells, or TORUS project, to be groundbreaking.

From May 15 to June 15, researchers and students on the project deployed a wide-ranging suite of instruments to collect data on supercell thunderstorms across the Great Plains. The project’s main goal is to determine why some supercells create tornadoes and others don’t.

TORUS brought a unique mix of instruments chosen for the science questions being studied.

These included mobile Doppler radars and a lidar, mobile sounding systems including a new system that tracks up to eight soundings at once, the NOAA Lockheed WP-3D Orion “hurricane hunter” aircraft, mobile mesonets, and unmanned aircraft systems, or UAS, to sample low-level conditions.

“I am more confident we will make scientific breakthroughs with this project than any other field project in my 16 years of field work,” said Mike Coniglio, a researcher at NOAA’s National Severe Storms Laboratory and a project lead.

Coniglio called gathering the amount of quality data in such a short time impressive.

“It’s not something I would expect we would be able to do, honestly,” he said. “I expected success but we exceeded our expectations.”

“The atmosphere was cooperative,” said Rasmussen. “We have at least four or five cases that will provide the exact type of data we were looking for. Usually, storms are poorly observed, but in TORUS we have at least six storms we collected the sort of data we believe we need to answer our questions.”

Coniglio said TORUS’ success was not just because several tornadoes impacted on the Great Plains between May and June.

“An active pattern doesn’t guarantee you will get good data,” Coniglio said. “You still have to make good forecasts. We had a better sense of how to forecast these events than we did in the past because convection-allowing model guidance has improved greatly.”

Coniglio said in addition to improved forecasting, the TORUS team’s weather instruments exceeded expectations. UAS launched by the University of Colorado and University of Nebraska-Lincoln performed well. Each UAS had a successful launch, never crashed and received minimal damage from storms. 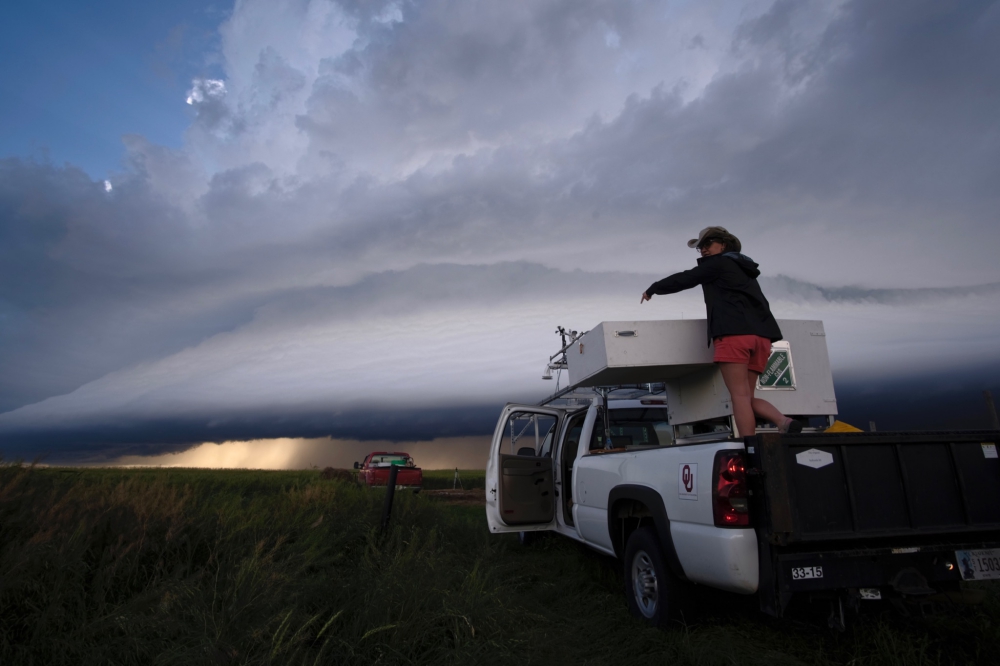 Rasmussen said the challenge now is combing through the mounds of preliminary data. TORUS acquired more data than expected.

Researchers are currently assembling quality controlled data — basic, quickly compiled data — before in-depth analysis begins over the next four to six years. Rasmussen said preliminary data appears to be intact, with no missing sets, and no instruments appeared to fail in the field.

“When we collect data, we may realize we have something of interest, but we don’t know until the in-depth analysis,” Coniglio said, who oversaw the operation of a mobile LIght Detection And Ranging, or LiDAR, during the project.

A LiDAR utilizes laser light to detect items like small dust and aerosol particles. Coniglio’s LiDAR team collects observations utilizing the device to track how quickly all the dust, dirt and particles move in the atmosphere.

“The LiDAR saw interesting preliminary differences in airflow among storms and we don’t quite understand that signal yet or what it means, but it is something we will focus on,” he said.

TORUS will collect data again in 2020. Researchers expect to see overarching takeaways based on next year’s data collection.

“This year’s data will help us decide which strategies need to be refined, which tools performed well and if there are any crucial instruments that need to be added,” Rasmussen said.