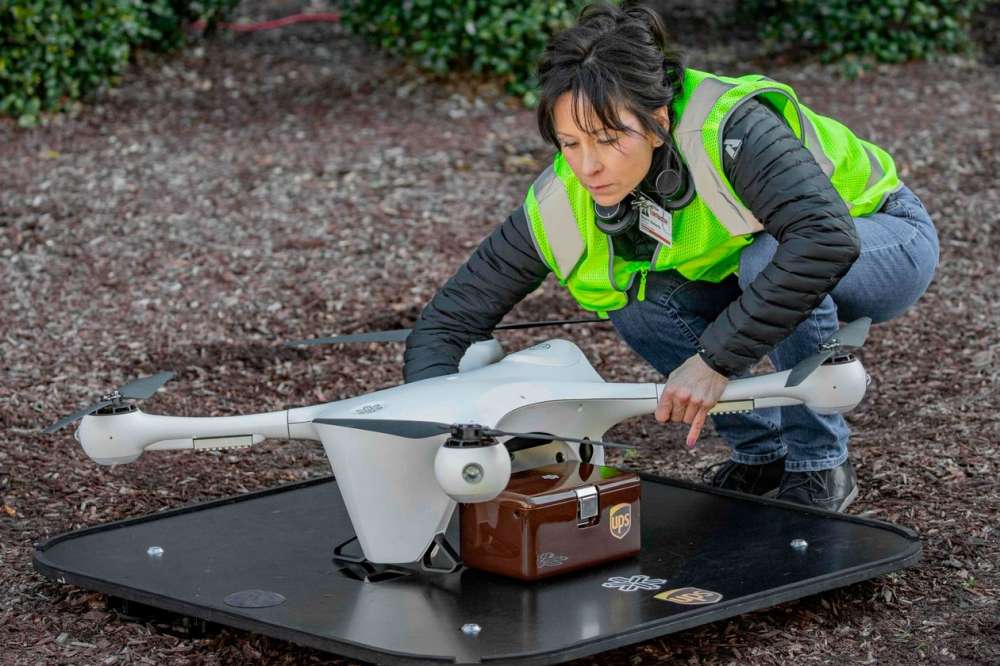 UPS said it has applied to the U.S. Federal Aviation Administration (FAA) for Part 135 certification to operate commercial drone flights in the UPS network under a subsidiary business called UPS Flight Forward, Inc.

The new subsidiary is a recently incorporated business that could receive Part 135 certification as early as this year, putting UPS on track to have one of the first fully-certified, revenue-generating drone operations in the United States. When approved, this certification lays the foundation for drone flights beyond an operator’s visual line of sight, and for flights occurring day or night. Such flights are highly restricted in the United States and approved only by exception.

“UPS is committed to using technology to transform the way we do business,” said Scott Price, UPS chief transformation and strategy officer. “UPS’s formation of a drone delivery company and application to begin regular operations under this level of certification is historic for UPS and for the drone and logistics industries.”

In contrast to more-limited FAA certifications for of drone flights for by other companies, which have been more limited, UPS Flight Forward would operate under the FAA’s standard Part 135 certification. This legally certifies which conveys a legal designation to a company as a certified Air Carrier and Operator.

Currently, UPS operates drone healthcare deliveries in a specific use-case under FAA Part 107 rules. In March, UPS initiated the first FAA-sanctioned use of a drone for routine revenue flights involving the transport of a product. The FAA approval was for a contractual delivery agreement in the United States at WakeMed’s flagship hospital and campus in Raleigh, N.C. In this program, the company delivers medical samples via unmanned drones, supplementing a ground courier service. UPS intends to expand its drone delivery service to other hospitals or campus settings.