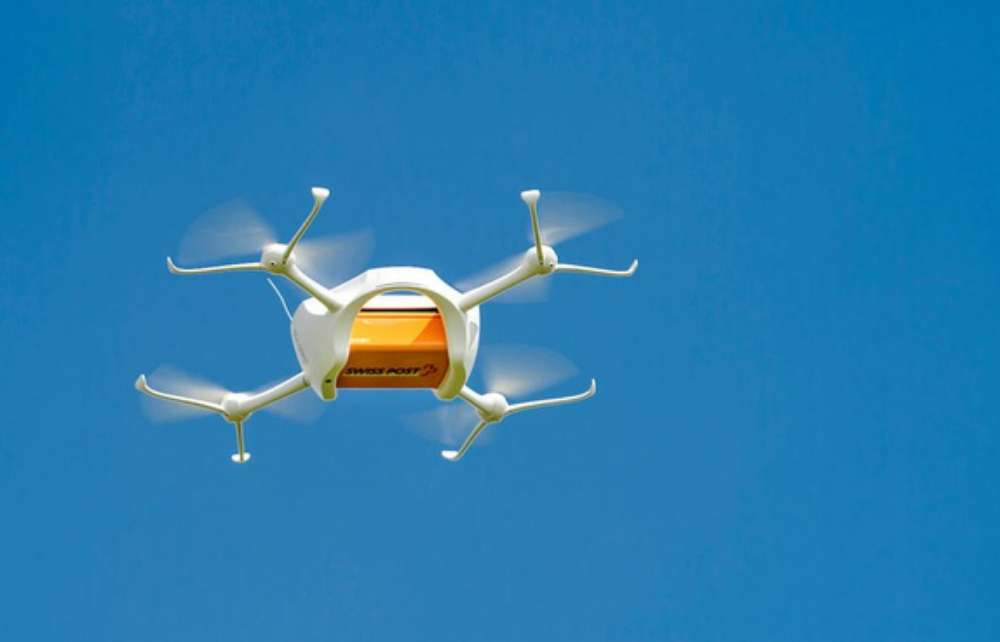 For about a year, Swiss Post and Matternet have been collaborating on a drone delivery service in three different cities in Switzerland, with drones ferrying lab samples between hospitals far faster and more efficiently than is possible with conventional ground transportation. The service had made about 3,000 successful flights as of last January, but a January 25th crash into Lake Zurich put things on hold until April.

A second crash in May caused Swiss Post to suspend the service indefinitely, and a recently released interim report published by the Swiss Safety Investigation Board provides some detail on what happened—and a reminder that for all the delivery drone hype, there are some basic problems that are still not totally solved.

Swiss Post’s delivery drones are made by Matternet, a Mountain View, Calif.-based startup that has raised over $25 million in funding. Matternet’s drones are fairly conventional quadrotors, but large ones, designed to carry 2-kilogram payloads up to 10 kilometers with a total system weight of over 10 kg.

Matternet’s drones are equipped with an emergency parachute landing system that’s designed to automatically activate if something goes wrong. The drone will stop its motors, deploy its parachute, and float to the ground while flashing emergency lights and making a loud whistling noise to encourage anyone in the area to move out of the way.

The January crash into Lake Zurich was caused by a short circuit that interrupted power to the drone’s GPS. The emergency system worked just fine, and the drone parachuted into the water, a maneuver which was “entirely within the safety concept of our operations,” according to Matternet. After identifying the cause of the problem, Matternet updated their drones to incorporate a fully redundant GPS, compass, and power system, and the delivery service resumed.

The second crash, in early May, was somewhat more serious. An as-yet unidentified in-flight issue (possibly wind related, Swiss Post suggests) caused the drone to deploy its emergency parachute 2 minutes after launch, but the single tether connecting the parachute to the drone caught on a sharp part of the drone itself and broke almost immediately. According to the German newspaper Frankfurter Allgemeine Zeitung, the 10-kg drone suffered an uncontrolled crash “in a wooded area of ​​Zurich’s university quarter only 50 yards away from a group of playing kindergarten children.” Nobody was hurt.

Swiss Post has asked Matternet to fix this problem, and in a rather pointed press release it presented a number of improvements that it expects the drone company to make:

Swiss Post expects the manufacturer of the drones to ensure that safety mechanisms such as the parachute work properly. As such, we have asked Matternet to implement various urgent measures:

Matternet provided us with the following statement:

This is the first time we had a failure on the vehicle’s parachute system. As you may have read in the report, the flight termination system was triggered nominally per the drone’s specification, but the parachute cord was severed during the parachute deployment. We had never seen a failure like that in the past, neither in our expansive testing nor in commercial operations.

At Matternet we take the safety of our technology and operations extremely seriously. A failure of the parachute system is a clear failure of our safety mechanisms and we are taking all the appropriate measures to address it.

Swiss Post and Matternet reacted to the incident immediately by grounding all the operations involving this vehicle type. Our experts analyzed the incident and proposed the appropriate mitigations which are being evaluated by FOCA. We will restart operations once Matternet and Swiss Post, FOCA and our hospital customers in Switzerland are satisfied that the appropriate mitigations have been applied.

Swiss Post says that it’s going to continue to use drones for logistics, and they probably should. There’s no question that delivery drones are already providing uniquely valuable services, with measurable benefits to patient well-being, and it’s important to keep things in context by asking whether the drones are safer overall, even if they do get into accidents sometimes—accidents also happen when medical samples are transported via ground vehicles instead of drones, for example.

While Matternet happens to be singled out in Switzerland at the moment, this is a problem across the entire drone industry, because there simply isn’t enough data available. We have no idea exactly how safe Amazon’s drones are, or Google’s drones are. Even Zipline, which has been flying drones dozens of times per day for years, is still working to make their drones safer. What we do know is that crashes can (and do) happen, and the Swiss Post incidents are further evidence that we’ll need a much better understanding of where all of the risk is if we want drones flying regularly over populated areas.