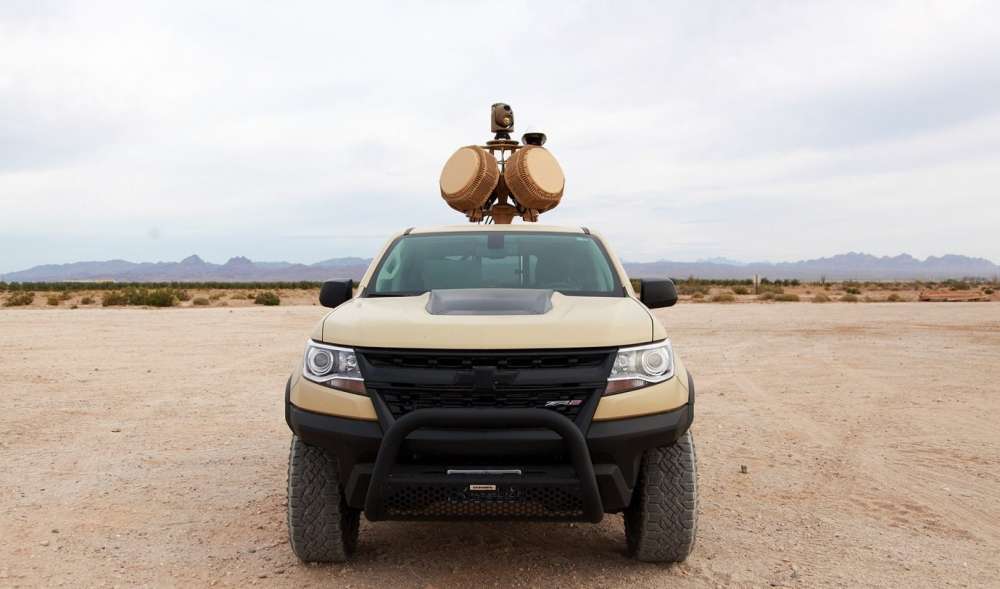 Ascent Vision Technologies (AVT) was recently awarded a contract to deliver a full suite of counter drone vehicles to the U.S. Air Force. This unique capability, known as the eXpeditionary Mobile Air Defense Integrated System or X-MADIS, was selected by the Air Force after 18 months of testing, trials and evaluation across multiple military services and operational spectrums. The total contract value exceeds US$23mm and deliveries will begin later this year.

The mission of the X-MADIS is to detect, locate, track, identify and defeat small unmanned aerial systems (sUAS) by combining the capabilities of radar, optics, radio frequency detection and electronic command and control mitigation of the aircraft. The X-MADIS is unique in that it accomplishes the mission while the unit is static or on-the-move. To see how the X-MADIS performs on-the move, visit:

This most recent contract award was the latest step in a three-year run for AVT’s expansion into Counter UAS (CUAS) operations and its dedicated research, development, testing and fielding of purpose-built CUAS components and integrated systems. AVT was founded and led by combat veterans of the US military and its focus remains the survivability of deployed service members.

In the past 2 years, world-wide incidents of negative drone-related activity has exploded from combatants using commercial off-the-shelf drones on the battlefield, to the intentional disruption of civilian airports. During the last 24 months, AVT has been awarded over $60 million in product and service-related contracts in support of multiple anti-drone initiatives for the US and allied militaries.

Recently, a variant of the MADIS family of systems, the L-MADIS which in use by the USMC, downed an Iranian drone in the Persian Gulf as it harassed a US Navy vessel. This was the latest event in an 18-month series of successful MADIS deployments in which it successfully countered enemy UAS in theatre.

“We are honored that the U.S. Air Force selected X-MADIS to combat the increasing threat of nefarious UAS activity against our military. The safety, security and survivability of our Airmen is paramount in the current UAS threat environment,” said Lee Dingman, President and Chief Commercial Officer for AVT.

“With the growing threat of weaponized sUAS employed on the modern battlefield, the need for effective and reliable counter UAS technology is crucial. We are proud to have our technology ready to protect our Airmen from insidious sUAS attacks.”

The defense team of W. S. Darley & Co. (Itasca, IL – aka “Darley Defense”) was instrumental in shepherding the contract process for this award.