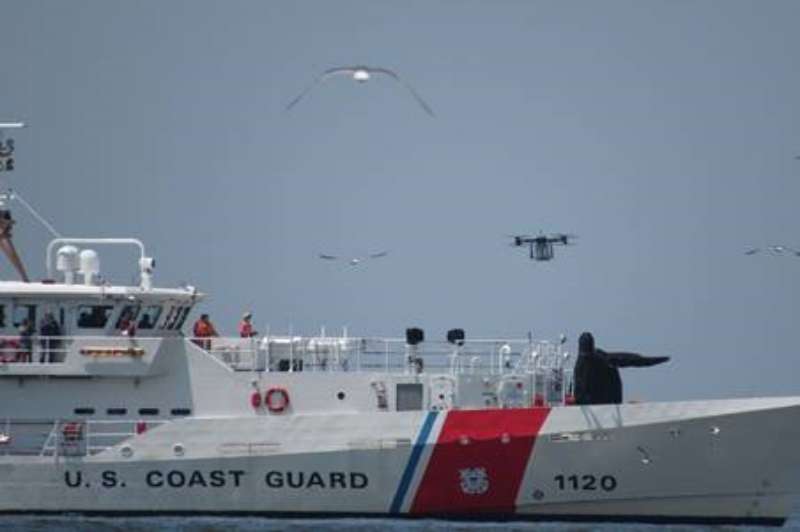 An unmanned aircraft system delivers a case of First Strike Rations and a case of bottle water from the Cape May-Lewes Ferry Terminal to the USCGC Lawrence Lawson off the coast of Cape May, New Jersey to evaluate its land-to-sea-to-land capabilities, July 25, 2019

Finding innovative supply chain solutions for warfighters supporting natural disasters, serving in austere environments or aboard ships is one of DLA Troop Support’s enduring goals. Subsistence’s successful tests not only meets that mark, but may lead to future solutions. Additionally, these flights have generated extremely large data sets that will facilitate in-depth analysis of the flight characteristics of the utilized UAS while operating at minimum and maximum loads.

The team’s goal was to test the capability of the UAS to carry a 50-pound payload and generate data.

“On day one, the UAS initially transported a case of First Strike Rations and a case of bottled water from the terminal to a delivery point at the New Jersey Aquaculture Innovation Center,” said Shannon Collins, a contract specialist in Subsistence. “The next day, [the UAS] transported the same load from the terminal to the fast-response cutter USCGC Lawrence Lawson off the coast of Cape May.” 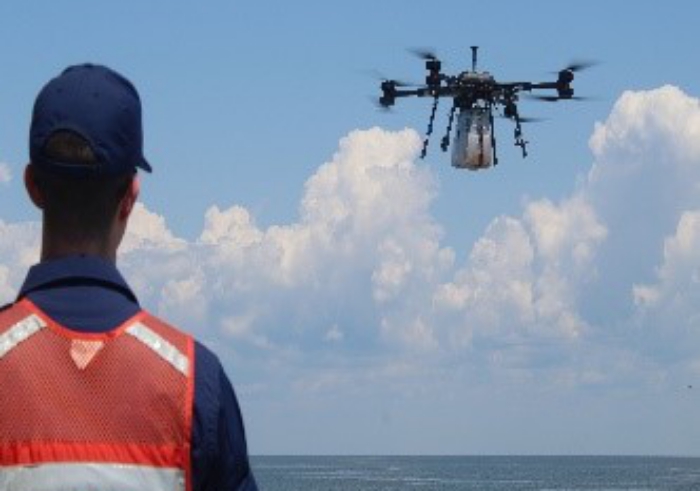 “I was absolutely ecstatic when the team’s efforts and hard work were validated,” McGinty said. “I was amazed to see that the payload was delivered intact and ready for its intended use and the UAS returned to the launch site safely.”

According to Nicholas Faillace, the contracting officer for the project, Subsistence is involved in reoccurring natural disaster relief efforts and contingency operations. The drone research test flight served as the first step in the agencies efforts to test new capabilities.

“This drone delivery proof of concept will pave the way for a future approach to deliver Subsistence items to areas that would be obstructed due to some natural disaster,” Faillace added.