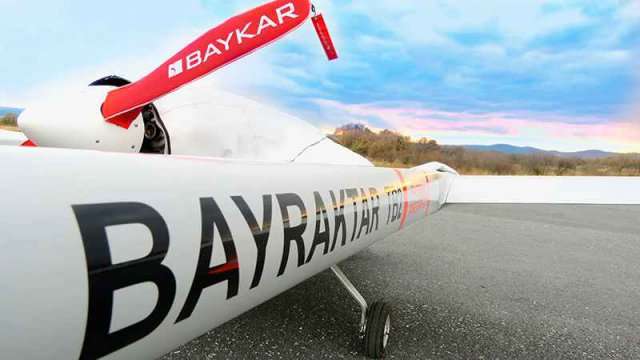 State-owned company Ukrspecexport, part of Ukroboronprom, and the Turkish company Baykar Defence, which is one of the leading manufacturers of drones, have created a joint venture in the field of precision weapons and aerospace technologies, the press service of the National Security and Defense Council of Ukraine (NSDC) has said.

The main task of the joint venture is to combine the capacities of the defense complexes of the two countries for the mass production of new models of modern weapons for their own armies. This will allow transferring from conventional arms sales and purchase contracts to a fundamentally new level of cooperation: the synergy of defense technologies and combination of advanced developments in Turkey and Ukraine, the NSDC said.

One of the joint venture’s first projects will be the development of the next generation unmanned aerial vehicles. This drone will be able to conduct detailed reconnaissance from high flight levels, spend hours in the air, develop a significant cruising speed and strike with a wide range of precision weapons, the report says.

Such capabilities of the new drone will become possible due to the wide use of composite materials, digital technologies, as well as Ukrainian-made engines that can operate reliably in extreme conditions. In addition, they will provide the high carrying capacity of drones, which will carry a large amount of weapons, even compared to conventional attack aircraft. Ukraine and Turkey have a powerful experience in effective cooperation in the field of defense technologies.

Turkish defense enterprises cooperate with Ukraine in the field of digital telecoms systems, combat drones, high-precision aviation weapons and the like. Ukroboronprom enterprises are conducting joint projects to create a military transport aircraft, active protection systems for armored vehicles and radar systems. In recent years, stable mutually beneficial work has been established, which allows the two countries to combine the strengths of their defense industry, the NSDC press service said.