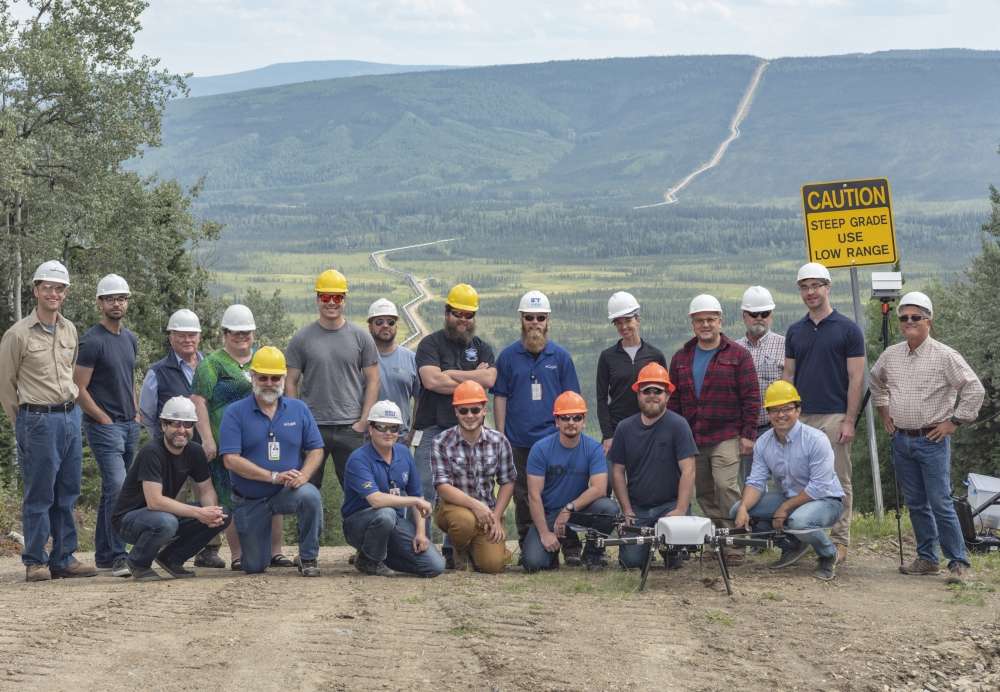 Skyfront’s Perimeter 4 long-range hybrid gas-electric drone successfully performed the first civilian beyond-visual-line-of-sight (BVLOS) flight without visual observers under the FAA’s Part 107 rules. This flight is a significant step toward the safe integration of unmanned aerial vehicles into the national airspace.

During the round-trip flight, the Perimeter UAV flew over mountainous, rugged terrain along a four mile stretch of the Trans-Alaska pipeline. The UAV maintained a constant above-ground altitude of 400 feet with multiple ascents and descents of 1000 feet on 45 degree slopes. Radio-based telemetry, command and control of the vehicle was uninterrupted during the flight.

FAA representatives observed all aspects of the mission, including planning, system setup, and ground station operation. The Perimeter “did [the flight] safely, effectively and efficiently. It accomplished a beyond-visual-line-of-sight mission, and it was approved by the FAA,” said Robert Huber, Program Manager for the Integration Pilot Program (IPP) of the FAA.

“Today’s flight was a milestone in the unmanned community. We at Skyfront are excited to be pushing the limits of unmanned aerial vehicles here in the United States,” said Troy Mestler, CEO of Skyfront.

The Perimeter UAV was integrated with Iris Automation’s Casia collision avoidance system and was observed by Echodyne’s ground-based detect and avoid systems. The University of Alaska Fairbanks and the Alaska Center for Unmanned Aircraft Systems Integration purchased the UAV and organized the flight over the pipeline, with the approval of the Alyeska Pipeline Service Company.