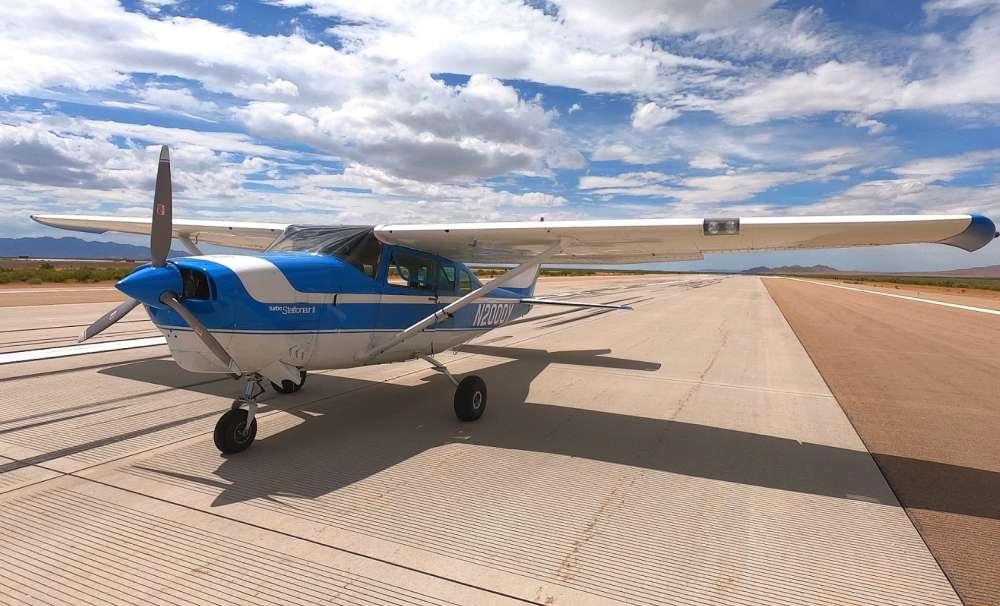 A 1968 Cessna 206 with ROBOpilot installed preparing for engine start on the runway at Dugway Proving Ground, Utah

“This flight test is a testament to AFRL’s ability to rapidly innovate technology from concept to application in a safe build up approach while still maintaining low cost and short timelines,” said Maj. Gen. William Cooley, AFRL Commander.

“Imagine being able to rapidly and affordably convert a general aviation aircraft, like a Cessna or Piper, into an unmanned aerial vehicle, having it fly a mission autonomously, and then returning it back to its original manned configuration,” said Dr. Alok Das, Senior Scientist with AFRL’s Center for Rapid Innovation. “All of this is achieved without making permanent modifications to the aircraft.”

As the vision for AFRL’s CRI Small Business Innovative Research project with DZYNE Technologies of Irvine, California, ROBOpilot interacts with an aircraft the same way as a human pilot would.

For example, the system “grabs” the yoke, pushes on the rudders and brakes, controls the throttle, flips the appropriate switches and reads the dashboard gauges the same way a pilot does. At the same time, the system uses sensors, like GPS and an Inertial Measurement Unit, for situational awareness and information gathering. A computer analyzes these details to make decisions on how to best control the flight.

ROBOpilot also boasts a simple installation process. Users remove the pilot’s seat and install a frame in its place, which contains all the equipment necessary to control the aircraft including actuators, electronics, cameras, power systems and a robotic arm.

“ROBOpilot offers the benefits of unmanned operations without the complexity and upfront cost associated with the development of new unmanned vehicles,” Das said. 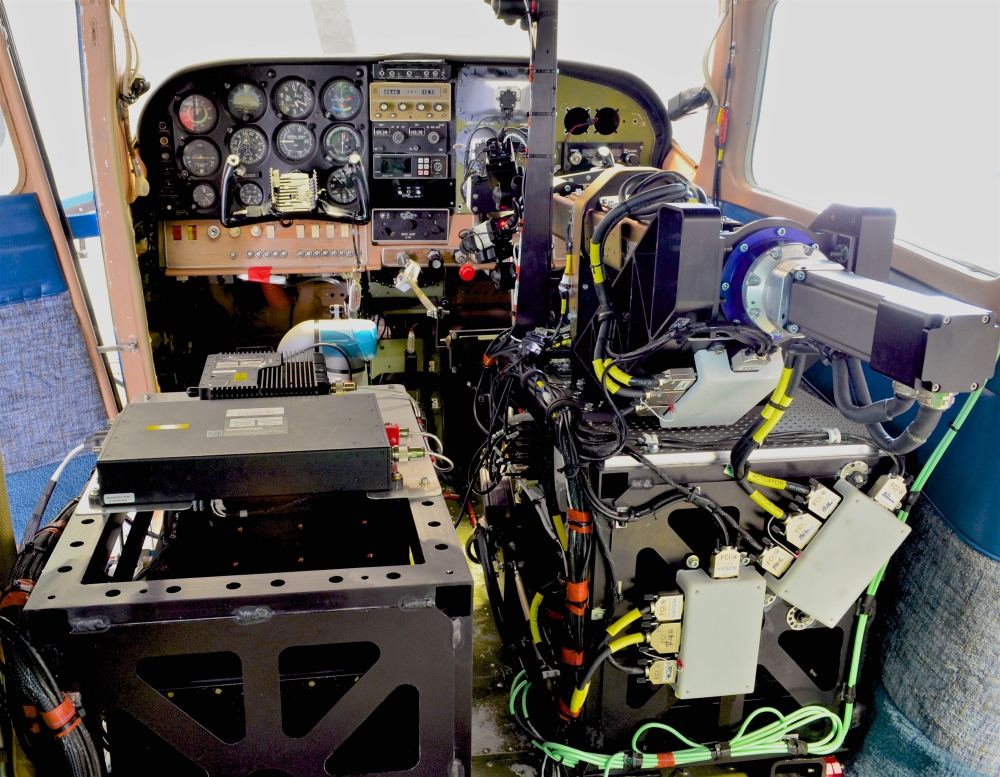 As an early adopter of creating disruptive innovation through paradigm shifts, AFRL established the Center for Rapid Innovation in 2006 to streamline AFRL’s application of new and existing technologies to address dynamic changes in air, space, ground, and cyber battlespaces and solve evolving and urgent operational challenges. The execution of this unique process uses diverse subject matter expertise and a collaborative government-industry technical and management capability to rapidly develop, test and deploy innovative prototype solutions for dynamic operational environments. 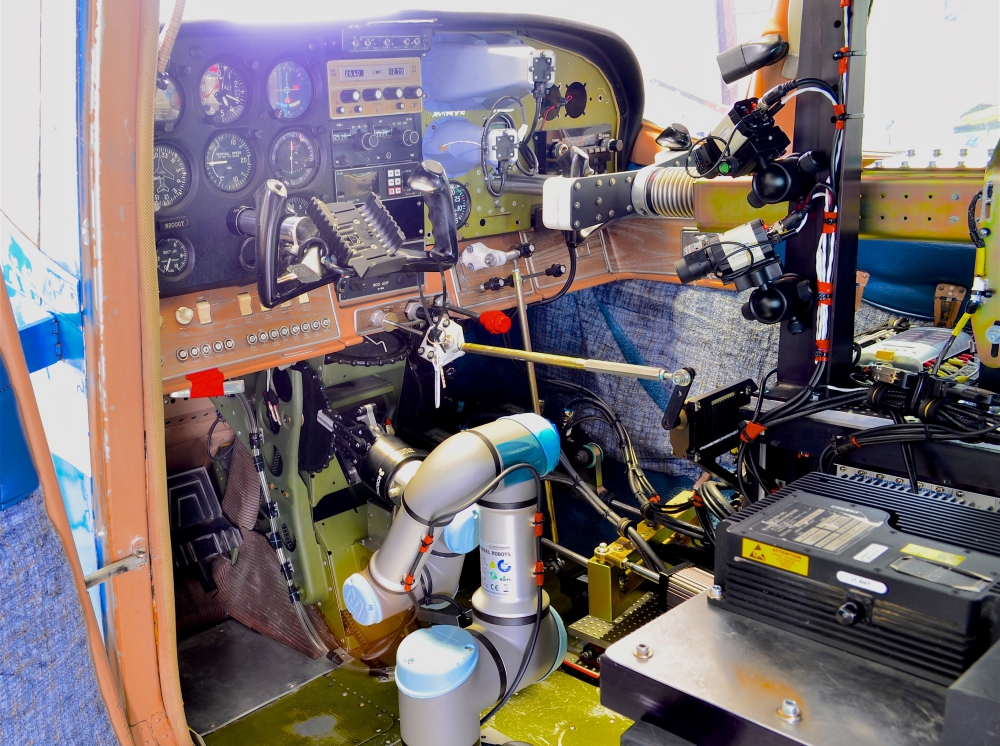