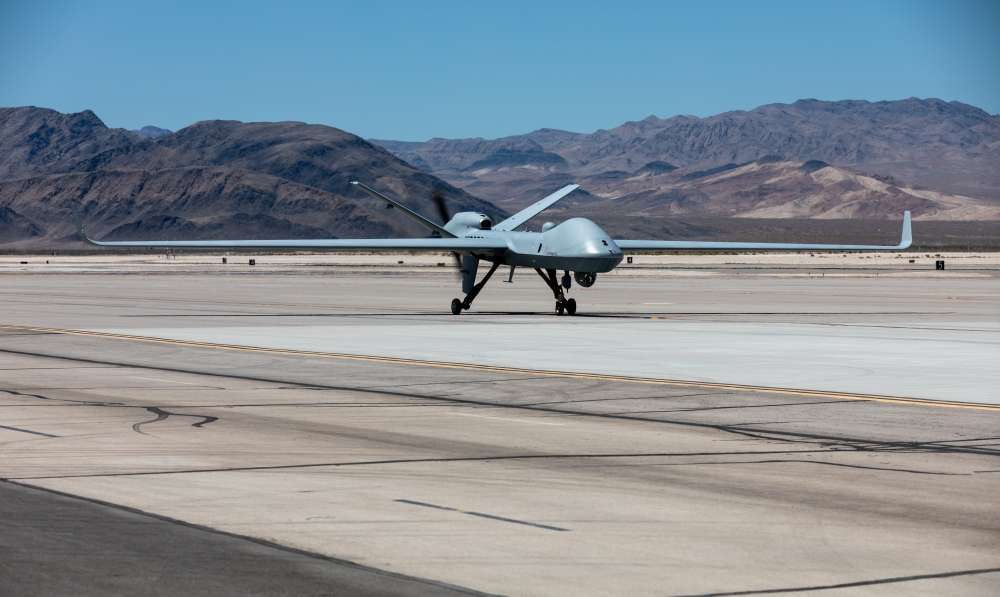 The flight showcased MQ-9B SkyGuardian – GA-ASI’s development RPA that the RAF’s new Protector RG Mk1 is based upon – and several of its revolutionary capabilities, including the new Certifiable Ground Control Station (CGCS), automatic takeoff, landing and taxi over SATCOM, Portable Pre/Post-Flight Equipment (P3E) and the Mission Intelligence Center.

“This demonstration was a complete success and has really built our anticipation and excitement about our new Protector RPA to a whole new level,” said RAF Group Captain Lyndon Jones, Protector RG Mk1 Programme Director. “We witnessed some exciting technologies as part of the demonstration and we’re looking forward to incorporating these innovations into our fleet when we begin taking delivery of Protector in the early 2020s.”

The flight originated from Yuma Army Airfield in Arizona where GA-ASI crews flew SkyGuardian to Nevada and required no forward-deployed aircrew or Ground Control Station (GCS). The flight received FAA clearance to fly without a chase plane, and landed using Automatic Takeoff and Landing Capability (ATLC) via SATCOM data link. It then taxied while still under satellite control from Yuma, before being turned over to GA-ASI’s Portable Pre/Post-Flight Equipment (P3E). P3E is a laptop that allows a forward-deployed maintainer to use automated pre-flight checklists to reduce pre-flight times by up to 50 percent. This capability reduces the airlift requirements by eliminating the need for a forward-deployed GCS.

“This flight demonstrated the full global expeditionary capabilities that the Protector will have when it joins the RAF fleet,” said David R. Alexander, president, GA-ASI. “In addition to RAF’s mission sets, the aircraft’s ability to fly seamlessly in civil airspace will allow it to support domestic emergencies such as fire, flood, and security related missions.”

GA-ASI’s Mission Intelligence Station provides a suite of intelligence products generated by the aircraft, including the System for the Tactical Archival, Retrieval and Exploitation (STARE). Network enabled, the Intel Station allows for the rapid assessment and sharing of imagery by the Intelligence specialist assigned to the mission.

“When we talk about ‘next-generation air force’, one of the capabilities that we’re delivering is most definitely Protector. This idea that we’ll have an RPAS that can operate anywhere at any time in controlled airspace alongside airliners is an absolutely game-changing capability.”

“Protector for most of the team here is something which exists on paper and in pictures. So by allowing individuals to see the aircraft, to see the advanced ground control system and how the mission intelligence coordinator and the crew will interact through a new system will be a fantastic motivator for the team to have a first-hand look at the next generation of this capability. It takes everything that’s great about Reaper and adds a whole bundle of capabilities including the ability to sense and avoid, to be certifiable in order to fly in open airspace and a sovereign weapons payload aboard the aircraft.”

In July last year, RAF Waddington was named as the main operating base for the Protector aircraft, with 31 Squadron set to operate the RPAS.

BAE Systems was contracted to develop concepts of operations (CONOPS) for the project.

Raytheon will provide Paveway IV precision-guided bombs, while MBDA will integrate a high-precision strike missile into the Protector RG Mk1.