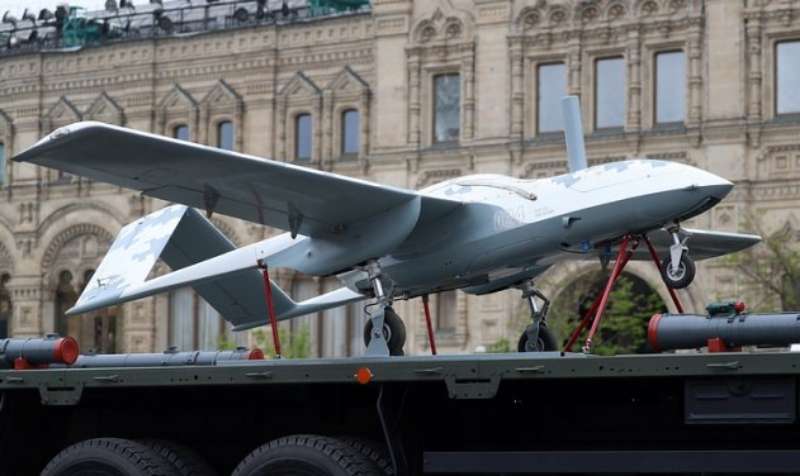 After the debut of the export versions of Su-57 and Il-112 aircraft at the MAKS 2019 airshow, the export version of Korsar reconnaissance drone has been unveiled at the event. The Korsar high altitude reconnaissance drone system, capable of flying at high altitudes, in excess of 5000 meters, was demonstrated for the first time at the Army 2019 forum in June.

The export version of the Korsar system developed by Lutch Design Bureau (part of Ruselectronics) has a flight range of at least 100 km, flight speed of 100 to 180 km/h, and a continuous flight duration of at least 7.5 hours.

The working height of the UAV flight is 100 to 4000 m. The take-off mass of the system is 200 kg, it has a wingspan is 6.5 meters, and fuselage length of 4 meters. Korsar can be equipped with optical electronic systems, a radar station, a digital aerial camera, meteorological equipment, and a cargo unit.

“The main advantage of the system is its open architecture, which allows it to adapt for performing various tasks, from weather reconnaissance and aerial photography to target finding and goods transportation. Therefore, our drone featuring a full set of payloads can replace an entire UAV fleet of various specializations,” the Radioelectronic Cluster of Rostec State Corporation informed.

The Korsar project encompassed creating innovative power generation systems, a small-sized engine starting system, and an electronic controller for the power unit of the unmanned aerial vehicle. Its advantage is the network-centric principle of information network organization, used by the developers to facilitate the connection of the UAV to the control center and other parties.

The communication system implemented on the drone links to other air and ground objects to form a secure network, which transmits information to the recipient with no delay or loss.