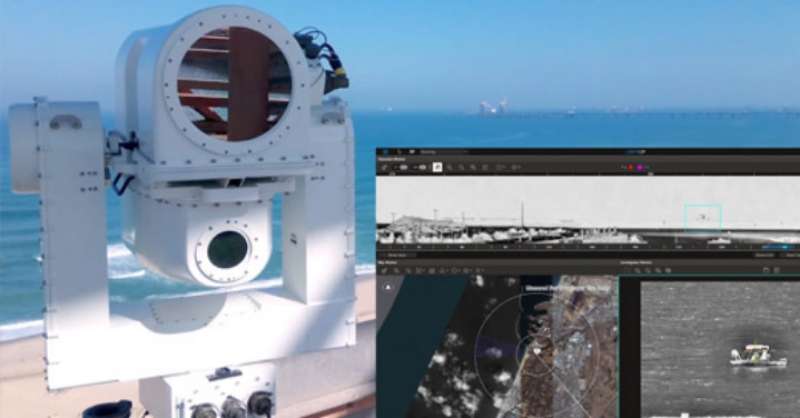 Just a few days after the acquisition of Aeronautics by Rafael Advanced Defense Systems and Avichai Stolero was completed, the new owners are working on a deal to make back almost half of their NIS 850 million investment in the acquisition of the Israeli unmanned aerial vehicle (UAV) developer and manufacturer.

Sources inform “Globes” that Yavne-based Aeronautics is currently in advanced negotiations to sell its 50% holding in Controp to US investment company KKR for $110 million (NIS 385 million). Negotiations between the parties at a lower valuation for Controp were reported in early 2019, and as far as is known continued in a low-keyed manner ever since. No response from Aeronautics to the report was available.

Controp develops and manufactures advanced electro-optic systems for military uses and border defense. The company manufactures and markets sophisticated precision motion control and observation systems for real-time day and night photography. The systems are designed to detect, recognize and identify targets and objects at distances ranging from hundreds of meters to tens of kilometers. The system is installed on UAVs, helicopters, light aircraft, coast guard ships, vehicles, and poles. The company supplies its products to the Israel Ministry of Defense and foreign defense agencies, and also sells directly to end customers and through large integrators.

Controp, founded 30 years ago by a group of Israel air force veterans and former Israel Aerospace Industries employees, operates in the Neve Ne’eman industrial zone in Hod Hasharon and has 300 employees. Rafael directly owns 50% of Controp’s shares. Controp’s CEO is Hagay Azani and its chairman is Yuval Miller.

In a deal completed in early 2012, Rafael and Aeronautics, which already owned 18% of Controp’s shares, acquired full ownership of Controp from its four founders: then-CEO Shlomo Nir, Sason Benado, Eli Ben Aharon, and Yehezkiel Amber. The deal, which gave each of the entrepreneurs tens of millions of shekels, reflected a NIS 300 million valuation for Controp, compared with NIS 770 million ($220 million) in the current negotiations.

KKR is a large US investment fund that invests in a broad range of instruments, including private equity, energy, infrastructure, real estate, and credit. According to the fund’s figures, it currently manages assets in 20 countries worth an aggregate $206 billion. KKR was founded in 1976 by Henry Kravis and George Roberts. According to KKR’s website, the decision to found the fund was taken when the founders were eating dinner at the Joe and Rose restaurant in New York. The fund’s share price has risen 31% this year, pushing its market cap up to $21.2 billion.

KKR’s portfolio has included two Israeli companies: Clicktale, which analyzes user experiences on digital platforms, and which was sold to a French company, and OptimalPlus, which analyzes big data obtained during chip manufacturing.