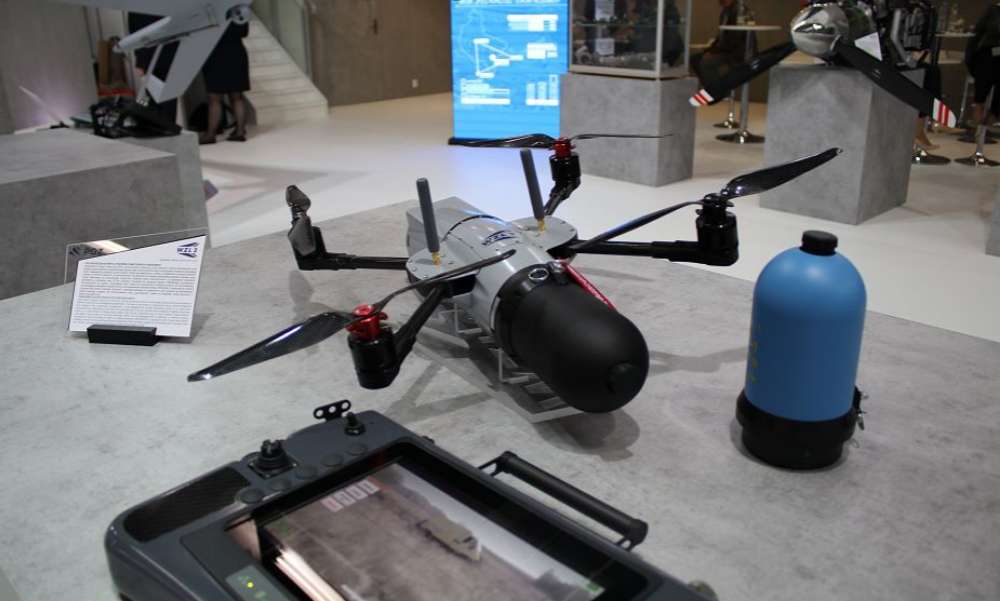 Polish Company WZL 2 presents its Dragonfly UAVS (Unmanned Aerial Vehicle System) at MSPO 2019, the International Defense Industry Exhibition in Poland. The Dragonfly is a quadcopter designed for combat operations in urban areas and can carry a warhead to conduct precision strikes against targets up to lightly armored threats.

Wojskowe Zakłady Lotnicze Nr 2 S.A. (Military Aviation Works No. 2) is one of the largest aviation plants in Poland and belongs to an elite group of companies of strategic importance for Poland’s economy and defense. It is a dynamically developing company with more than 70 years of experience in repairing, modernizing and servicing complex fighter-bomber and fighter aircraft. WZL 2 also design and produces a full range of UAVs (Unmanned Aerial Systems).

The DRAGONFLY quadcopter opens a new line of UAVS for military purposes, which is increasingly being used by the armies of different countries on contemporary battlefields. The heart of the system is warheads carrier of vertical take-off and landing in the quadcopter arrangement.

The Dragonfly quadcopter was designed for combat operations, both on an open and urbanized area. Depending on the type of a used warhead, it can be used for a precise strike of lightly-armored targets or concentration of firing stands within max. 10 km.

The operator is provided with fragmentation, cumulative, thermobaric, or training warheads which can be equipped with daytime or infrared camera, enabling carrying out actions at night. For safety purposes, DRAGONFLY is equipped with a three-stage system for remote arming and disarming of the warhead. After tracking a target and activating the video-tracking mode, the suicide mission can be continued even if the communication is lost.

The Dragonfly has a maximum take-off weight of 5 kg. It has a maximum flight time of 25 min at speeds up to 80 km/h, operating at a ceiling of 1,600 ft, with a line-of-sight control limit of 10 km.