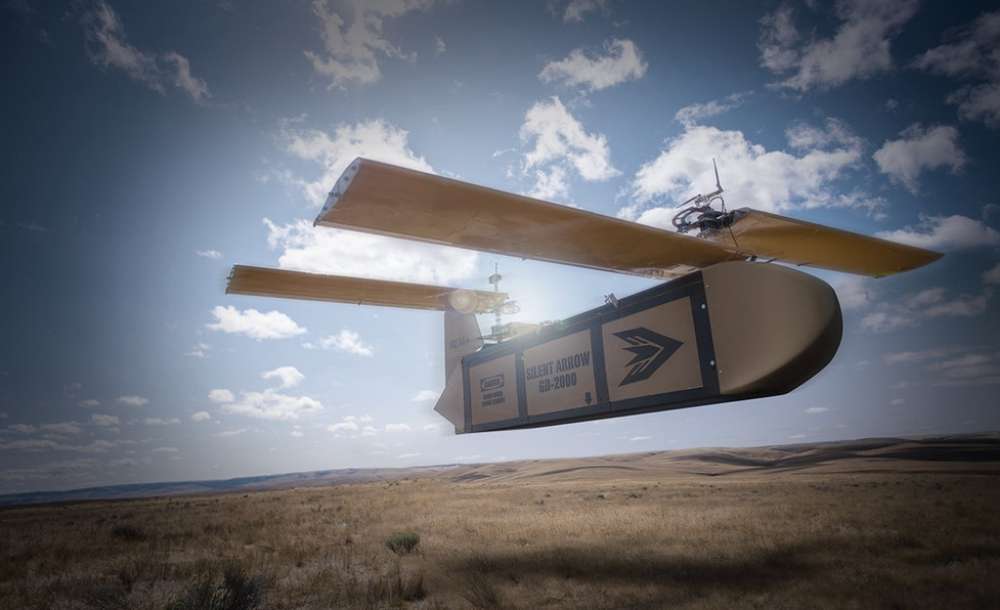 Silent Arrow is the world’s first production-ready, 1-ton, autonomous cargo aircraft, which delivers up to 1,631 pounds (740 kg) of supplies at less than half the cost of JPADS with more than double the glide ratio, dramatically improved landing accuracy, zero vertical impact force and with far greater stealth.

Given its increased safety features, Silent Arrow addresses both the tactical resupply, and the humanitarian / disaster relief markets.

YEC has so far established distribution agreements in 34 territories including the European Union, the UK, Australia, Singapore, South Korea, Israel, Brazil and India. As a key member of YEC’s growing worldwide network, The MEL Group holds exclusive UK manufacturing and distribution rights for Silent Arrow®, with sales and service available for all EU countries and begins production of Silent Arrow in accordance with AS9100 in October.

“We are pleased to welcome The MEL Group into the growing Silent Arrow production and distribution network as a key partner in our pioneering mission to bring immediate and life-saving air response to civilians and militaries operating in harm’s way,” said Yates Electrospace Corporation CEO Chip Yates. “The GD-2000 being unveiled at the DSEI show is the flagship in a rapidly expanding product line including single-use, ruggedized and reusable, scaled-down, scaled-up, unpowered gliders and electrically powered cargo delivery aircraft.”

In support of these contracts, YEC has led an ongoing flight test program since 2017, in military airspace (undisclosed) and civilian airspace (Pendleton UAS Test Range, Pendleton Oregon) with rotorcraft and fixed-wing aircraft ranging from light Bell helicopters, up to the UH-1H “Huey”, and the C-130 with deployment altitudes from as low as 1,500 feet AGL up to 25,000 feet MSL.