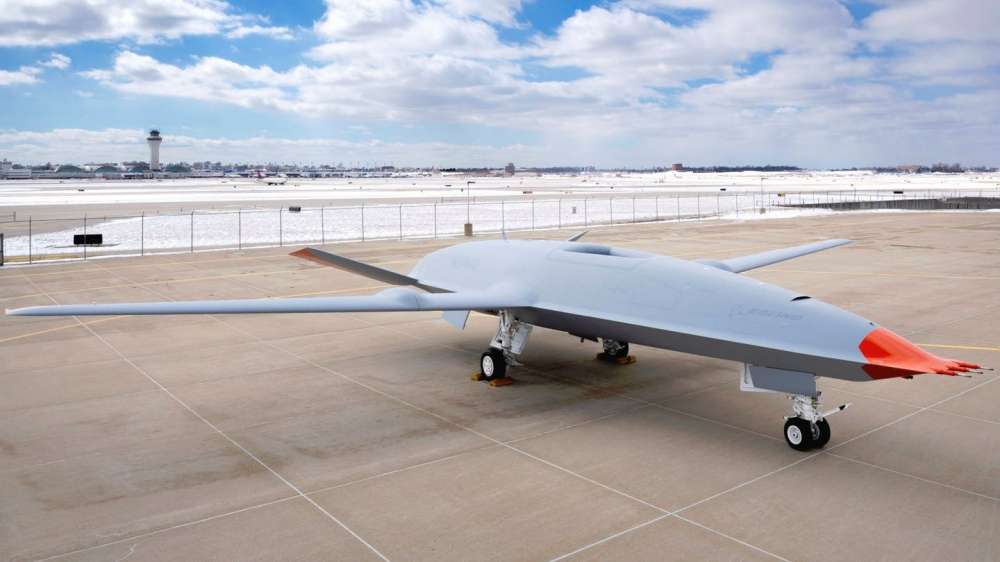 The U.S. National Geospatial Intelligence Agency, or NGA, wants to know if Boeing could transform the MQ-25 Stingray tanker drone that it is developing for the U.S. Navy into an unmanned maritime intelligence platform using a modular sensor pod.

This highlights continued interest within the Navy, and elsewhere in the U.S. military, in utilizing the Stringray, a test article for which flew for the first time just last month, for missions beyond just aerial refueling.

NGA awarded the sole-source contract to Boeing’s Phantom Works advanced projects division, the value of which is not disclosed, on Sept. 27, 2019, but only announced it had done so three days later on the U.S. government’s main contracting website FedBizOpps. Under the deal, which Aviation Week was first to report, Phantom Works will conduct a study into what it would take to integrate “NGA’s Maritime Program capability” into the MQ-25, as well as the manned P-8A Poseidon maritime patrol aircraft, via Boeing’s proprietary Multi-Mission Pod (MMP), according to a so-called Justification and Approval document. U.S. government agencies need to submit this type of document when requesting authority to give a contract directly to a specific company or companies without going through a competitive bidding process.

“The MQ-25 itself is still in early development containing much Boeing proprietary information,” the Justification and Approval, which NGA lawyers and contracting officers cleared between May and June 2019, explains. “Only the suggested source can perform the study as required, to the exclusion of other sources, because Boeing is the direct manufacturer of the system and maintains the unique intellectual knowledge of these systems.”

Boeing first announced it was working on the MMP as a private venture specifically for the P-8A in 2016. At the time, the company said that the pod, which it had flight tested twice already, would incorporate signals intelligence systems (SIGINT) and added communications and data sharing equipment, among other capabilities. This sounds very much like a pod with a dense antenna farm that appeared underneath a P-8A testbed in 2015. The Navy’s Poseidons already have powerful SIGINT and other intelligence-gathering capabilities, which you can read about in more detail here.

The contracting document does not offer any insight into how Boeing might integrate the MMP onto the MQ-25. The company does plan to equip the Stingray with underwing hardpoints to support the Cobham aerial refueling pods required for the tanking mission, which could potentially accommodate an external sensor system.