Images have emerged online of a what may be a mockup of an unusual-looking circular “armed helicopter” ahead of the opening of a major helicopter exposition in China.

This is not the first flying saucer-esque design to have appeared over the years and the Chinese are likely to face many of the same hurdles that these earlier aircraft faced in making the concept viable, especially in any sort of actual combat environment. Still, it does seem to reflect a broader and still-growing trend in advanced and novel aircraft design within China. 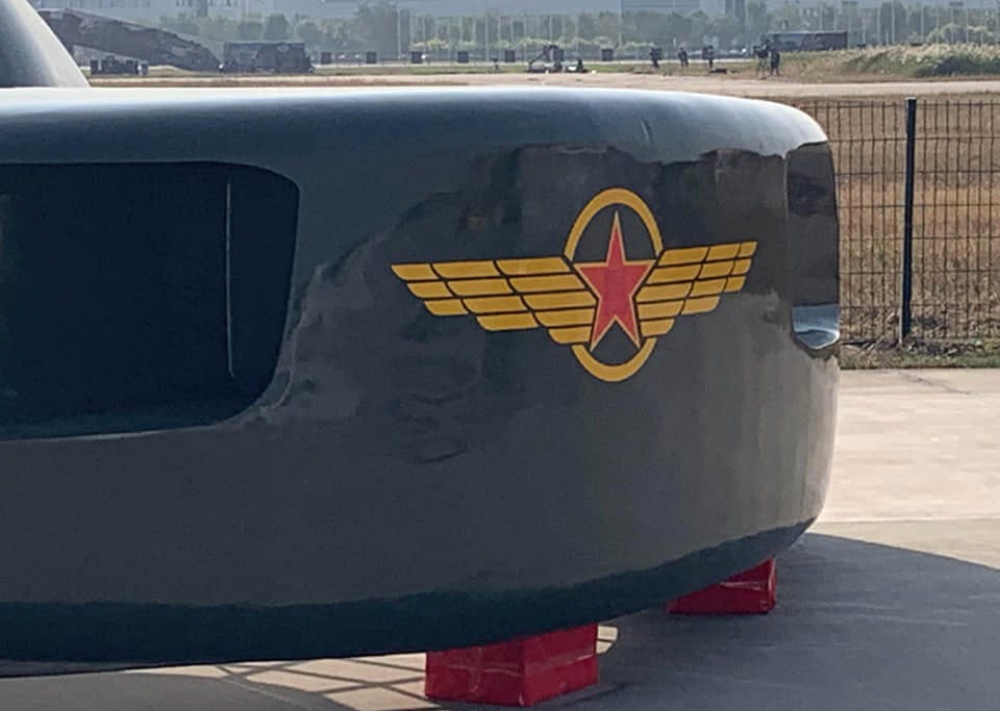 The rotorcraft concept, called the “Super Great White Shark,” is about to go on display at the fifth China Helicopter Exposition, which formally opens in Tianjin, China on Oct. 10, 2019. The state-owned Aviation Industry Corporation of China (AVIC) has its main industrial base of operations for helicopter development and production in Tianjin. It’s not clear which of AVIC’s helicopter-producing divisions may be responsible for the development of the Super Great White Shark. 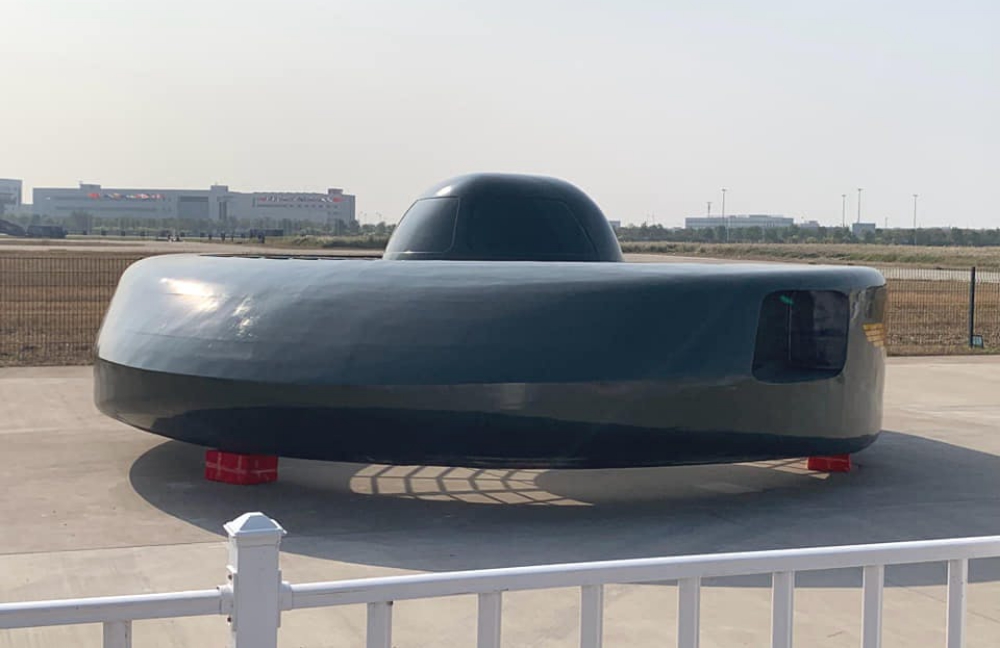 A crude translation of the placard next to the Super Great White Shark reads as follows:

“[The] Super Great White Shark armed helicopter is a composite wing-body fusion high-speed helicopter configuration designed for the future digital information battlefield. In the initial stage of its design, it refers to the international excellent and mature helicopter design technologies, such as AH-64 Apache, CH-53 Sea Stallion, and Russian Ka-52, Mi-26. While absorbing their respective advantages, it adopts the internationally popular wing-body fusion (BWB) [blended wing body] design and the former. A new type of high-speed helicopter with [a] conceptual design of propeller blades has been successfully applied in helicopter design.”

The Super Great White Shark model has two sets of air intakes and exhausts positioned laterally for what would likely be jet engines providing forward thrust. They might also supply power in some fashion to drive the main lift fan in the vertical takeoff and landing mode.