Picture a tough-as-nails pickup truck, one of the all-wheel-drive workhorses advertised during football games. That’s the best metaphor for our Jupiter tricopter: no nonsense, all muscle, made for missions where durability, endurance and precision control are required. Patented tilt-pod technology provides a smooth, level flying experience with control unlike any multi-rotor on the market. The same core engineering that provided precision control for the Edge-130 UAS is now available in a wingless craft — making it ideal for indoor use where precision in tight spaces is crucial. It’s an industrial-grade tool to get hard jobs done.

The Jupiter tricopter is FlightWave’s answer to a serious problem that has long vexed UAS pilots: traditional quadcopters have to rotate their entire frame in order to move to a new position, dipping and compensating for the dip — over and over again. Tilting while trying to move forward, back, left or right requires more power to prevent losing altitude. It’s an inefficient way to fly. 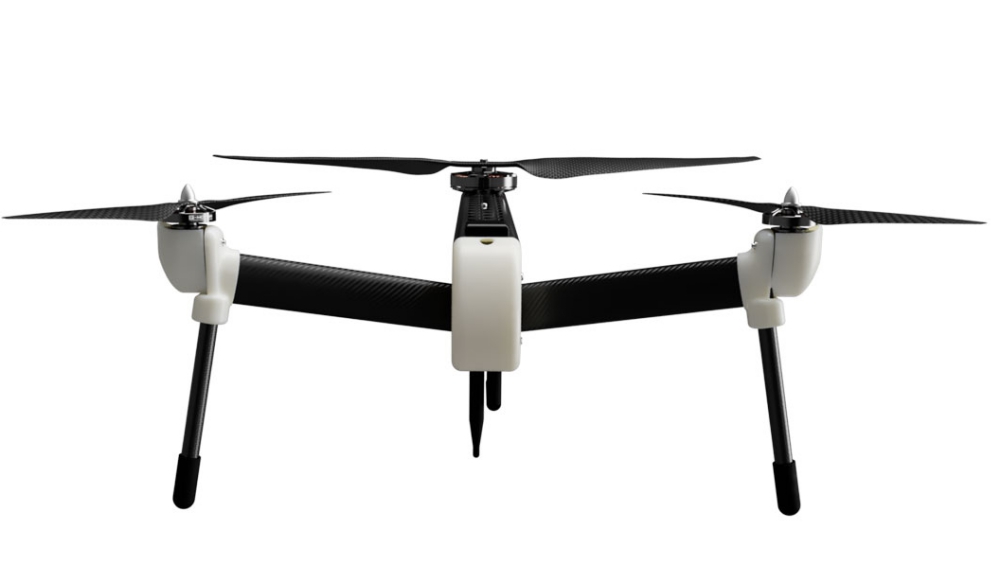 By contrast, Jupiter circumvents this problem by leveraging the power of FlightWave’s ingenious thrust-vector control, autopilot, and power management systems. In addition to extending your flight time, level flight keeps all your sensors pointed where they need to be – you get more useful data out every flight.

Jupiter’s engineering was inspired by two fundamental pain points our customers shared over and over again: 1) the ability to lift a lot more weight and 2) the endurance to stay in the air for a long time. Jupiter is specifically designed for pilots who need to lift more and fly longer than traditional multi-rotors allow.

How do we achieve that? The Jupiter tricopter brings four big advantages to the table: