The six-rotor UAS “HYCOPTER” has a blade tip-to-blade tip diameter of 7 feet, a takeoff weight of about 35 pounds with a five-pound payload, and a flight duration of about 2 ½ hours. The all-electric platform is powered by an ultralight PEM fuel cell fed with compressed hydrogen gas. The only exhaust product is water vapor. HYCOPTER’s ultra-energy efficient design and open-payload bay can fly many types of sensor packages for much longer than a conventional battery powered-drone. 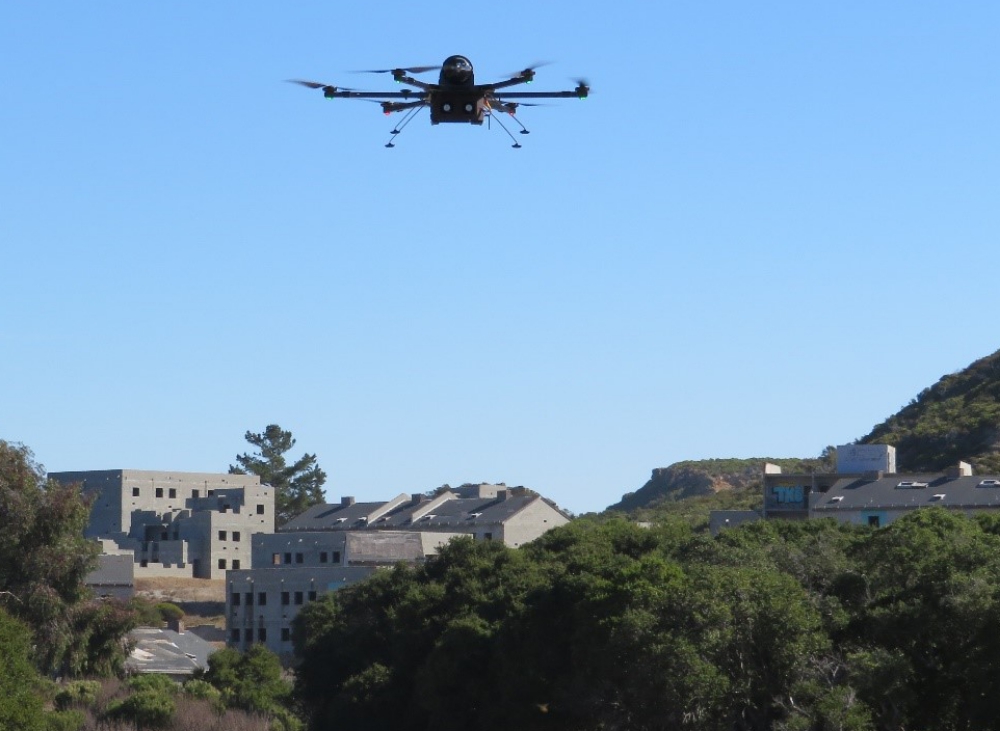 The HYCOPTER will be used to support a Naval Research Program project which studies the feasibility of using compressed hydrogen as a power source onboard naval platforms.  In addition, HYCOPTER could be used to support future research projects that require long-endurance aerial data collection. Hydrogen fuel cell technology offers a step change in UAS productivity and widens the scope of applications that are currently limited by battery-based technologies.

The HYCOPTER is manufactured by H3 Dynamics, in Austin, Texas. The Austin team conducted the acceptance training and flight demonstration held in Monterey, CA.