Responding to Singapore’s Ministry of Transport and the Civil Aviation Authority of Singapore’s (CAAS) Call-for-Proposal, Nova Systems leads a consortium in close collaboration with OneSky. The remit of the consortium is to isolate the necessary mix of systems and technologies required to support the integration of drones in low-level airspace and safely coordinate their movement. Other significant partners collaborating in this flight test included M1, Scout Aerial, and Rohde and Schwarz.

“We are delighted that stage two of the trials were completed successfully. Working alongside our impressive partners and industry experts, it is an exciting time for the UAS industry and Singapore” said CE Nova Systems Asia- Pacific Bret Barton.

“With most UAS operations limited to Visual Line of Sight (VLOS) today, air taxis and commercial drones will ultimately need to be operated autonomously and Beyond Visual Line of Site (BVLOS).” 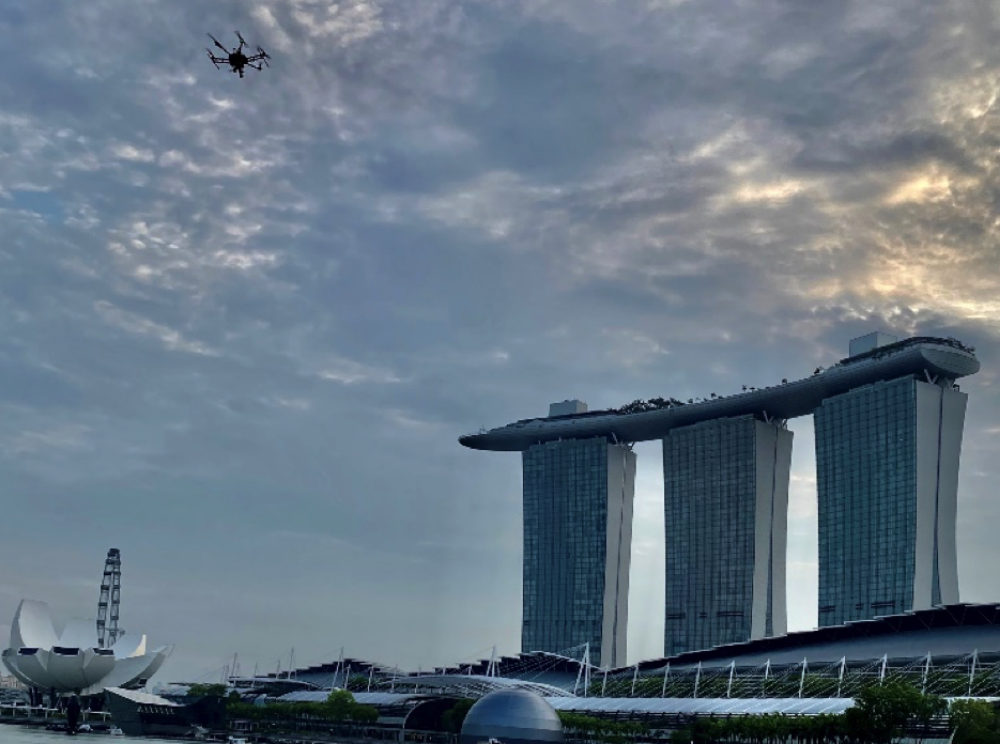 As one of the supporting partners for Volocopter and Skyports’ demonstration of the world’s first flying taxi hub in Singapore, Nova Systems understands the importance of investigating the suitability of the networks and navigation performance for drone operations, at low altitude in urban cities.

“Our trials have completed a study of the telecommunication network in Singapore, focused on establishing comprehensive 4G coverage maps. This is critical for the future conduct of low-level airspace operations in urban environments due to the safety driven requirement for reliable communication links between the UAS, the ground control station and any traffic coordinating bodies“.

“We’ve achieved a few significant, world leading milestones during this suite of trials, particularly in expanding the assessed operational envelope for a drone’s communication and navigation performance in Singapore. One significant milestone is the progressive flight testing from 0-1000 feet, testing of LTE connectivity and importantly, doing so in densely populated areas such as the Marina Bay Financial Centre where infrastructure introduces many urban canyon effects, and maritime environments such as Keppel Bay”.

“Our team highlights that the safety and operational suitability of UTM and UAM operations employing 4G/5G telecommunications, requires focused effort to first establish signal latency, availability, integrity and continuity and subsequently isolate what the required performance needs to be.”

“Our efforts during these flight trials to capture this information, and subsequently model the data to isolate performance requirements, is fundamental to bringing drone delivery and passenger transport closer to reality.”

The next round of flight trials will be held in 2020, with an expansive review of the UTM prototype’s functionality against an operational backdrop of multi-platform drones conducting a mix of VLOS and BVLOS operations.