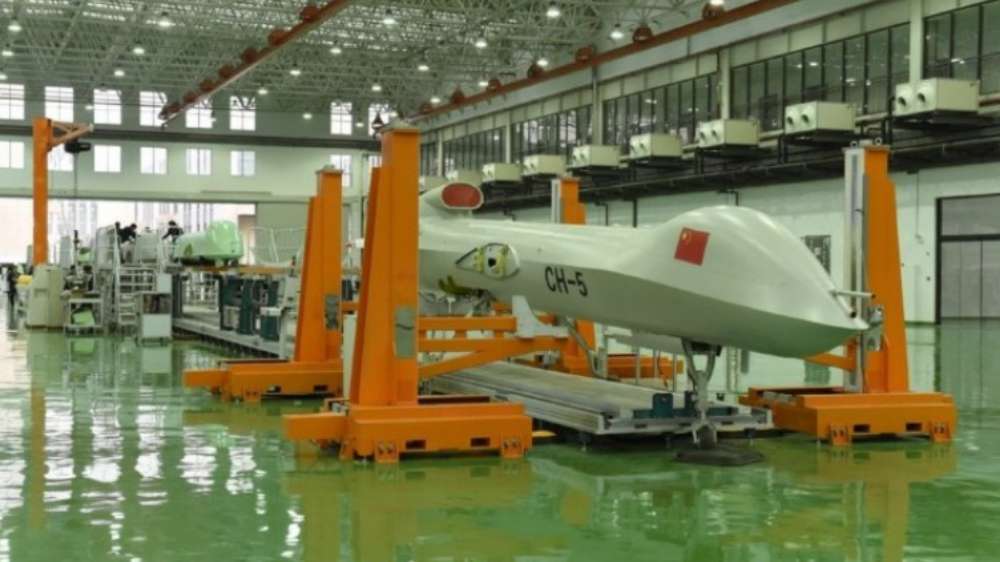 The company said in a 30 December 2019 announcement that the new facility, located in the 565 km 2 Taizhou Bay Circular Economy Industrial Agglomeration Zone, had been inaugurated on the same day. The event also marked the delivery of the first batch of Cai Hong 4 (Rainbow 4, or CH-4) medium altitude long endurance (MALE) UAVs produced in Taizhou – specifically configured for airborne survey and geospatial mapping operations – to the Zhejiang Department of Natural Resources.

According to the company, the first CH-4 assembled under the Taizhou Rainbow UAV Base Project made its maiden flight on 23 October that year. The flight, which was conducted from an undisclosed airport in the city, lasted 48 minutes and covered a total distance of 95 km.

The company also stated that the successful test resulted in a November contract award from the National Geomatics Center of China’s (NGCC’s) for fixed-wing UAV-based surveying and mapping systems and also the “largest civil UAV order” in the country, although it did not disclose details on the scope and size of the contract. However, it is understood that the deal also includes maintenance and aftermarket support.

Jane’s understands from an industry source that the facility is the latest among several primary UAV production lines CAAA has set up across the country, and it will be capable of manufacturing the full range of the CH portfolio, which ranges from man-portable micro-UAVs to satcom-enabled, long-range MALE-class armed reconnaissance platforms.