Sierra Technical Services, Inc. (STS) achieved a major milestone on the 10th of January with the completion of Engine Run Testing on the 5th Generation Aerial Target (5GAT).

The 5GAT contract is administered by the U.S. Army Corp of Engineers Contracting Office (USACE) located in Sacramento, CA and is managed by the Office of the Secretary of Defense, Director of Operational Test and Evaluation (OSD/DOT&E). STS was awarded a Prime Contract in March 2017 to design, manufacture, assemble, integrate and ground/flight test the 5GAT Demonstrator and has provided subject matter expertise to the U.S. Government while developing the design of the 5GAT aircraft concept since 2008.

The 5GAT aircraft is intended to meet specialized needs regarding “threat representative” adversaries that the U.S. Warfighter may encounter in an aerial combat situation. The 5GAT is a high-performance, unmanned, fighter-size aircraft that will be utilized for Air-to-Air and Surface-To-Air weapons evaluation, pilot training, and ground forces training when translated into production as the Next Generation Aerial Target (NGAT). The 5GAT Demonstrator First Flight is scheduled to take place early in 2020. 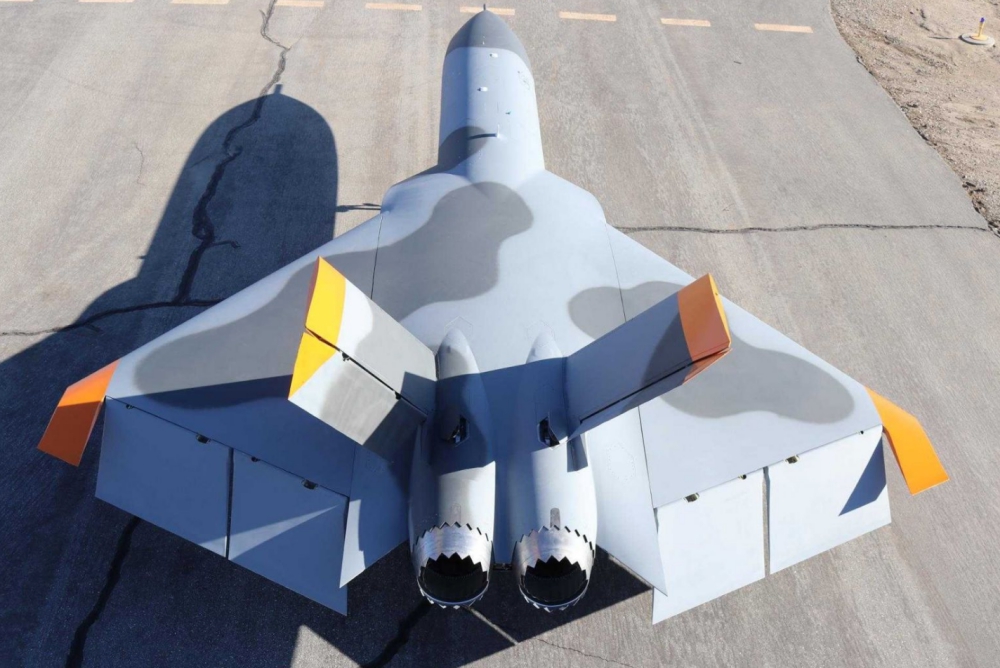 “This is an exciting day and major milestone achievement with the completion of these Engine Run Tests leading up to our flight test phase expected in the 1 st quarter of 2020. I am extremely proud of our very small and dedicated 5GAT Team. This is a major step forward to providing our warfighters an attritable, low-cost, highperformance, full-scale, 5 th Generation Aerial Target that can be also be used by the Department of Defense (DoD) for other emerging projects such as NGAT, Loyal Wingman, and Sky Borg.”