The US Navy will put a laser weapon on a Littoral Combat Ship for the first time this year, amid efforts to boost the LCS’s lethality and to develop and field a family of laser systems.

USNI News understands that Little Rock would be taking on a Lockheed Martin-made 150-kilowatt high energy laser, as part of a risk reduction effort between the company, the Office of Naval Research and the Program Executive Office for Integrated Warfare Systems. The effort would contribute to a larger layered laser defense effort, a source told USNI News.

The laser weapon would aid the LCS in its surface warfare mission to counter fast-attack craft and unmanned aerial systems and detect incoming targets.

The Navy could not comment further on the laser weapon testing, and Lockheed Martin Vice President and General Manager of Small Combatants and Ship Systems Joe DePietro could only say that, “in partnership with our military customers, Lockheed Martin continuously looks for opportunity to safely advance capability to its end-users in support of mission requirements.”

However, DePietro explained to USNI News in August an ongoing effort to bring more lethality to the LCS fleet, to counter a nagging narrative that the ships aren’t survivable or lethal enough. 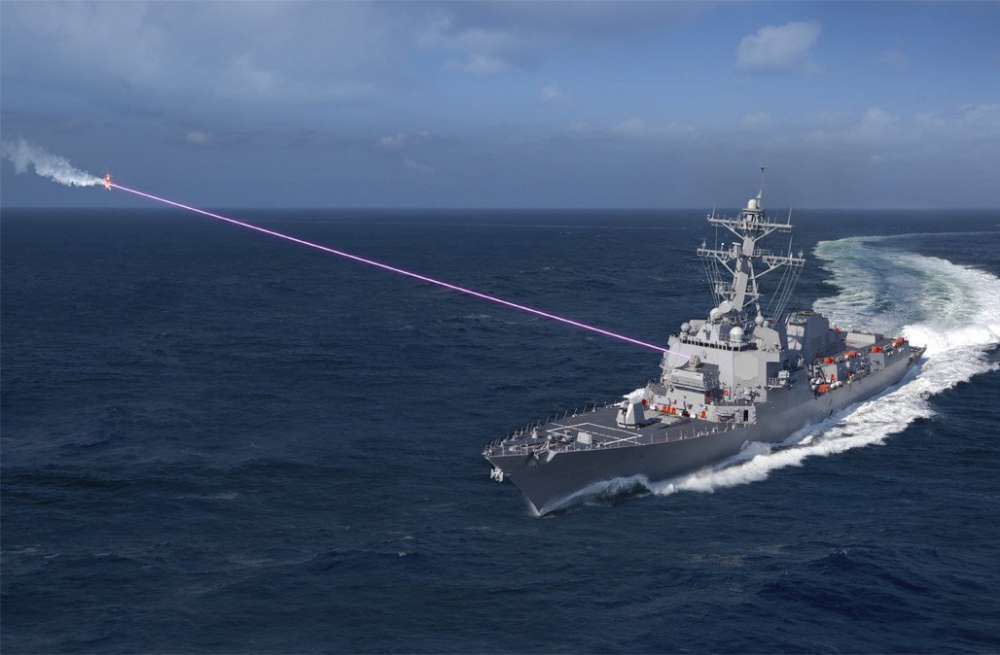 USNI News previously reported that, beginning in Fiscal Year 2022, the LCSs will go through an additional two-phased LCS Lethality and Survivability upgrade effort.

He said at the time that phase 1 would look at additions that could be made without disturbing the space and weight reserved for the mission packages, but he suggested that in the future a laser weapon or other directed energy system could be added to select LCS hulls that didn’t need all their allotted space, weight, power and cooling for their mission package configuration.

DePietro also said in the August interview that bringing in a laser weapon module was one of the top efforts Lockheed Martin was hoping to accelerate as part of the effort to define what phase 2 of the upgrade program might include.

“The big thing we’re looking at is, what is that opportunity to pull things in – so for instance with directed energy, between the HELIOS [laser weapon program of record], being able to get that onto a DDG, and then some scalable laser technology that we’ve been working on, what’s our opportunity to deploy a laser sooner on an LCS, and the opportunity to potentially use one of those weapons modules to do that as opposed to having to design it someway into the ship? Use some of that power, space and weight of the mission package to be able to field another capability – which was inherently the thought process behind the design of LCS, to be able to integrate those new technologies faster because of the modularity of the ship.”

The LCSs were built with significant space, weight and power margins to accommodate whatever kind of mission package the Navy may want to build now and into the future. DePietro said 40 percent of the space in the LCS hull is reconfigurable, and while today’s mission package is well defined, down the road the mission packages could be a little more nebulous to allow for additions or substitutions of capabilities like a laser weapon that fleet commanders believe would best arm an LCS for the missions they expect to conduct.

As DePietro suggested, the LCS and its COMBATSS-21 combat system were built to accept new modules, whereas integrating a laser weapon into another class of ship may pose more challenges.

A source told USNI News that, because Lockheed Martin makes the Freedom-variant LCS, it was able to design its 150kw laser with the right interfaces and margins in mind to make it compatible for this kind of at-sea LCS demonstration.

A Lockheed Martin information sheet on its laser weapon development efforts also notes LCS as an opportunity the company is eyeing, stating that the company has the “highest system efficiency demonstrated in any [directed energy] laser system; minimizing size weight and power requirements for DE platforms such as Army and Marine Corps ground vehicles, Navy DDG and LCS ships, and SOCOM AC-130.”

This at-sea demonstration also comes amid a much larger effort by the Navy.