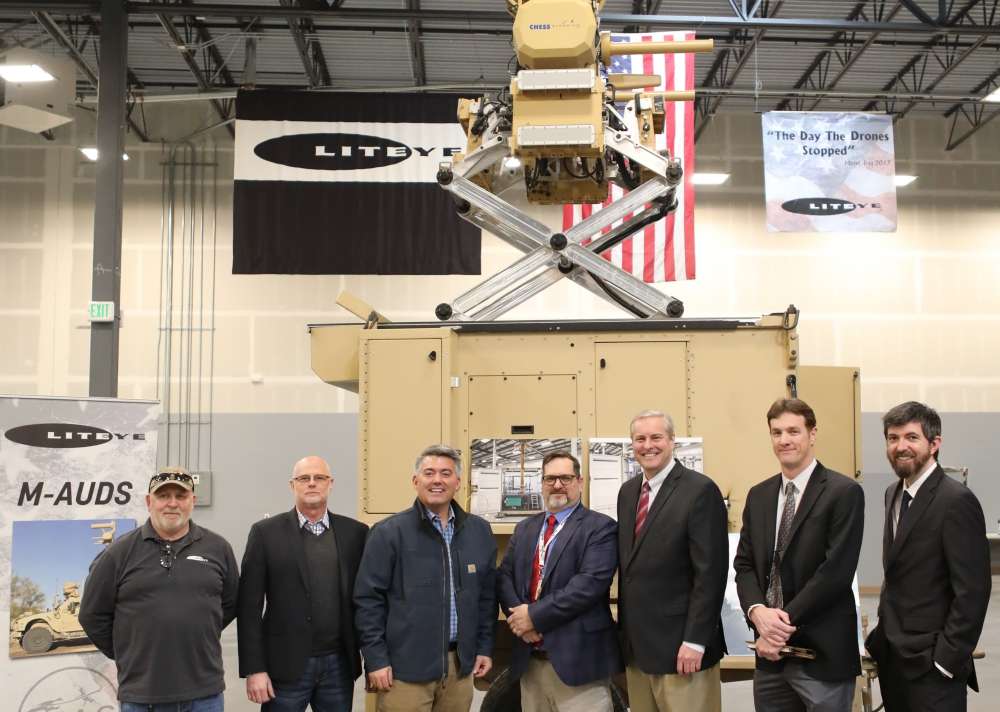 Senator Gardner toured Liteye’s new 55,000 sq. ft. manufacturing facility and viewed the capabilities of the US AUDS (Anti-UAV Defense System) that will be produced there.  The Senator was able to view the system that was deployed in the recent Northern Colorado “drone mystery” investigation.

US AUDS is a backbone for Counter UAS solutions, layered with multiple capabilities to Detect, Track, Identify and Defeat malicious threats.

“I am grateful for Liteye providing a tour of their headquarter in Centennial and our thorough discussion regarding the drone investigation in Eastern Colorado,” said Senator Gardner. “It was a pleasure to learn more about their operation and their mission to protect Americans all over the world.”

“Liteye was honoured to host Senator Gardner,” stated Kenneth Geyer, CEO/Co-Owner of Liteye Systems. “The Senator is committed to both Colorado and addressing this new threat; both are a true testament to his service.  Having his support is valuable as we move to forward to protect Americans in the US and overseas.”