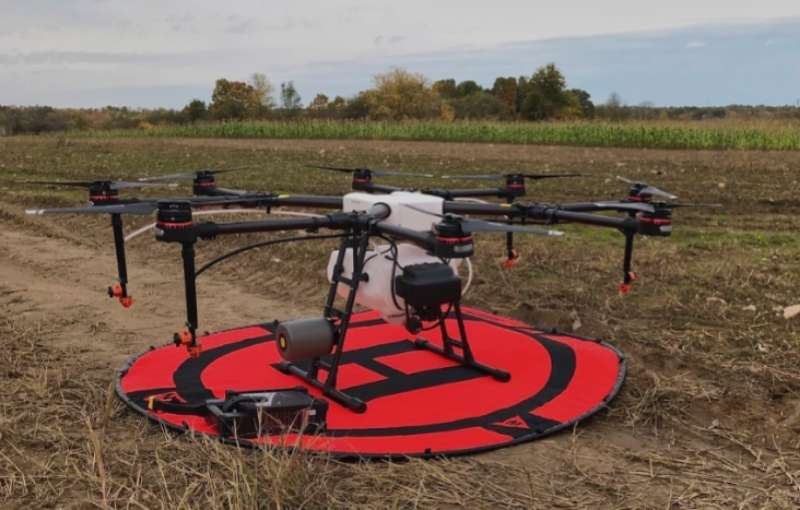 There are several advantages over traditional spraying methods when crops are sprayed by drone.

“We are incredibly excited to be one of the first companies in New York to be given the go- ahead by the FAA to spray crops with drones. This new spraying service, in combination with our agricultural drone sensors and spraying drone sales offerings, help make us the one-stop-shop drone resource for agricultural professionals in New York State and beyond.”

Spraying drones can cover up to 24 acres per hour. They are flown either autonomously in a grid or they can be flown manually for spot spraying. The drones fly are able to maintain a consistent elevation a few feet above a field with the help of its onboard radar system. The prop-wash effect from the drone’s propellers effectively force inputs down and around each plant.

This new type of aerial application service is fast and delivers inputs at the precise point where they are needed. This vastly increases overall efficiency when spraying by drone when compared to traditional application methods.