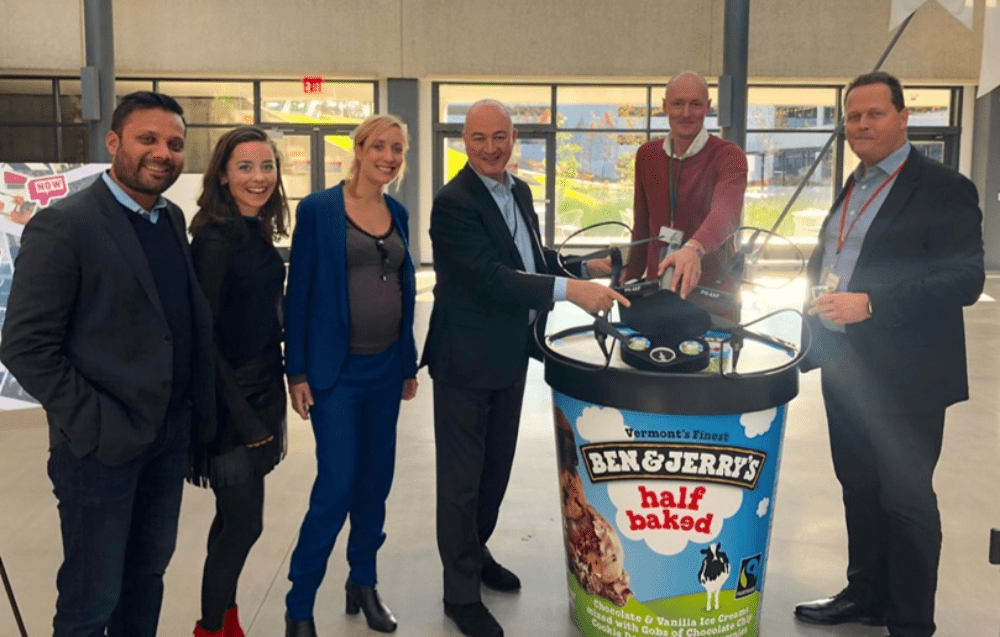 During the demonstration, a multi-copter drone was fitted with delivery box (Figure 1) designed to carry three Ben & Jerry’s mini cups (72 g each). A flight path was set beforehand to allow the drone to carry the ice cream cups inside the Unilever’s US facility.

Unilever launched Ice Cream Now, a delivery service for ice creams, in 2017. This service has already grown into a huge business worldwide. With regulations around future drone flights expected to become more flexible, the consumer goods company is preparing for a drone logistics service that will deliver products to more customers faster.

“We want to solve serious problems in the logistics field, such as carbon dioxide emissions, with drones. As deregulation progresses worldwide, drone delivery services will also increase.”

Terra Drone and Unilever will continue to cooperate in the field of logistics services.