Alphabet’s Loon LLC and SoftBank Corp.’s HAPSMobile Inc. have announced that they successfully developed a communications payload for HAPSMobile’s HAWK30, a solar-powered unmanned aircraft system (UAS) that flies in the stratosphere.

The initiative to design and develop the communications payload for the HAWK30 follows an announcement last April between Loon and HAPSMobile where the companies formed a strategic relationship. The partnership grew out of a joint recognition of the untapped potential of the stratosphere to enhance the connectivity ecosystem and bring more people, places, and things online.

Since the April 2019 announcement, technical teams from Loon and HAPSMobile worked together to adapt the payload technology already used on Loon’s stratospheric balloons for the HAWK30. The effort leveraged Loon’s expertise in building communications payloads that are capable of enduring the difficult conditions of the stratosphere for long-periods of time, where winds can reach speeds of 100km/h and temperatures can drop to as low as -90 degrees celsius. Loon built its first stratospheric payload in 2011. To date, the company has flown over 40 million kilometers and connected over 300,000 people with its complete stratospheric flight system.

The communications payload jointly developed by Loon and HAPSMobile consists of a number of components that enable it to serve as a stratospheric cell tower. Millimeter wave communication systems provide the backhaul links that connect the vehicle to a physical internet access point on the ground, and allow multiple vehicles to connect with one another in the stratosphere. The payload houses highly accurate antennas that are capable of establishing point-to-point (P2P) connections at distances of up to 700 kilometers and carrying data at speeds up to 1Gbps. In order to keep a stable connection, the antenna is designed to rotate as flight vehicles move. On the Loon system, this technology has proven the ability to reliably maintain a stable connection to the ground and nearby flight vehicles. In recent testing, Loon established and maintained a connection among 20 balloons spanning over 4,000 kilometers. 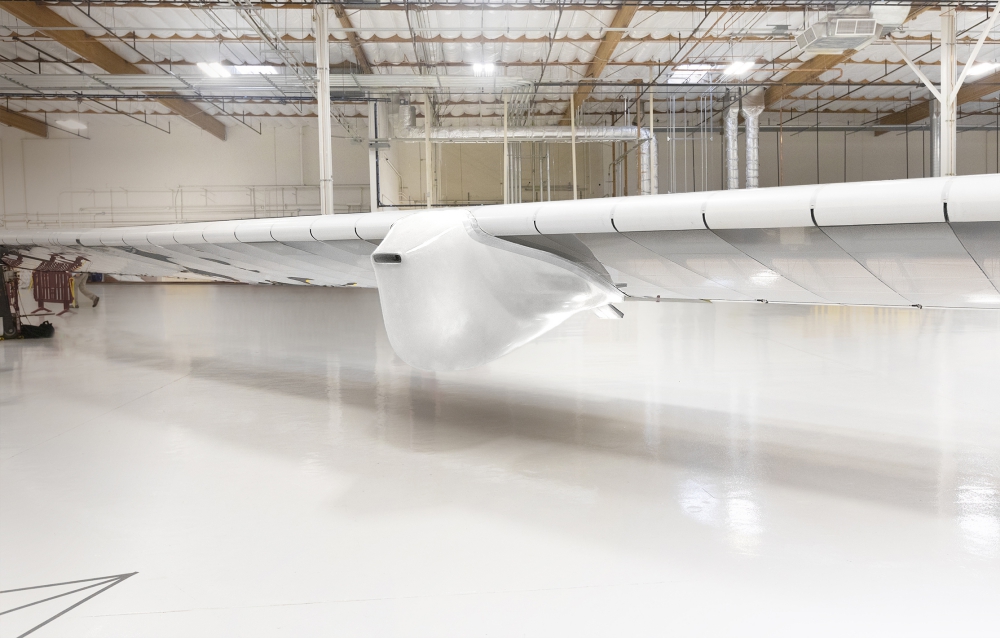 Because the HAWK30 is designed to fly at speeds of more than 100 km/h, the Loon technical team had to adapt the communication system to accommodate significantly higher flight speeds. Software improvements allow the antenna to rotate more quickly and track more rapid movements. Additionally, the team developed an aerodynamic housing to protect the antennas from the forces brought on by increased flight velocity. The HAPSMobile team provided the HAWK30’s flight requirement definitions, communication technical requirements and other information to help develop the payload.

The communications payload also utilizes a custom-designed LTE system that operates on various 3GPP-compliant frequency bands. The payload allows the HAWK30 to provide a wireless link that enables LTE connectivity directly to standard LTE smartphones and other mobile devices. In combination with the millimeter wave communication system, the Loon payload is able to serve the internet to a large number of smartphone users at a long distance from existing ground infrastructure.

“This is an important step in our partnership with HAPSMobile. The stratosphere represents an untapped area of opportunity when it comes to expanding connectivity. Loon is working to leverage our significant experience building and operating stratospheric technology to develop a new layer of connectivity that will fill the gaps between ground-based and space-based systems. With HAPSMobile, we’ve found a partner who shares our enthusiasm for this new frontier. We look forward to continuing to work together to develop this new industry and connect people everywhere to the benefits of the internet.”

“We are very pleased that our strategic relationship with Loon is already bearing fruit. Our jointly developed communications payload represents an important step forward in our efforts to realize stratosphere-based communications and promote the adoption of HAPS. In partnership with Loon, we will continue to develop technologies for HAPS with the aim of revolutionizing the world’s mobile networks.”