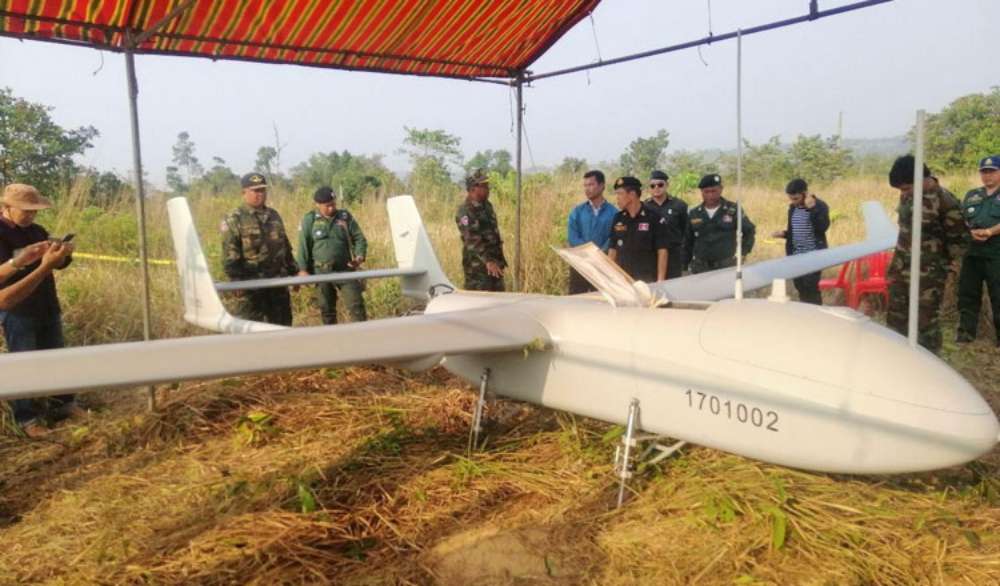 He said this after a ceremony during which the ministry donated 300,000 face masks and protective suits to the Chinese Embassy for distribution in China.

General Banh told Khmer Times the drone that crashed in Koh Sdach commune was not a spy drone which threatened the Kingdom’s security as some have claimed.

However, he did not provide details about the company which owned it.

“It flew in Cambodia so it is in Cambodia,” General Banh said. “They [private company] also have the ability to buy it [a drone] because they just wanted to try it out.”

“From what I see, the drone did not damage Cambodian security. It is not a big issue and they only flew it for fun,” he added.

The armed forces website had identified type of the unmanned aerial vehicle, or drone, as being a Harbin BZK-005, with an ID number 1701002 and it was believed to have been operated by a neighbouring country for aerial surveillance when it went out of control and crashed.

The BZK-005, if confirmed, is a high altitude, long-range UAV used primarily as a long range reconnaissance aircraft designed by Beijing University of Aeronautics & Astronautics and Harbin Aircraft Industry.

BZK-005 has a few stealth features integrated into its design. It is believed that a satellite data link antenna is held in its upper body dome.

Under the body there are optic-electric sensor systems. It is believed that the BZK-005 has a cruising speed of around 170 km/h, a service ceiling of 8,000 metres, a maximum take-off weight of around 1,200 kilogrammes and can carry a payload of over 150 kilogrammes.

It is believed that since 2018, the UAV has been made available in the export market.

However, Major General Prak Sokha, a spokesman for the Royal Cambodian Air Force, said yesterday  the Ministry of Defence had contacted Beijing University of Aeronautics & Astronautics and Harbin Aircraft Industry  for confirmation over the sale of the ‘BZK-005’ in the market.

“We [Ministry of Defence] contacted the company but the company told it has yet to sell the drone in any foreign country,” he said.

“I cannot confirm which company owned the drone but I am sure it belongs to a private company,” Maj Gen Sokha said. “We [Royal Cambodian Air Force] have already asked the companies located in Koh Kong province but all have denied owning it.”

He added the air force knows the drone belonged to a company which is now refusing to admit owning it.

Chheang Vannarith, president of Asia Vision Institute, said yesterday there is still doubt about the drone and the government should provide a clear explanation.

“The government has not clearly explained why a drone which is so big was used by a private company,” he said.