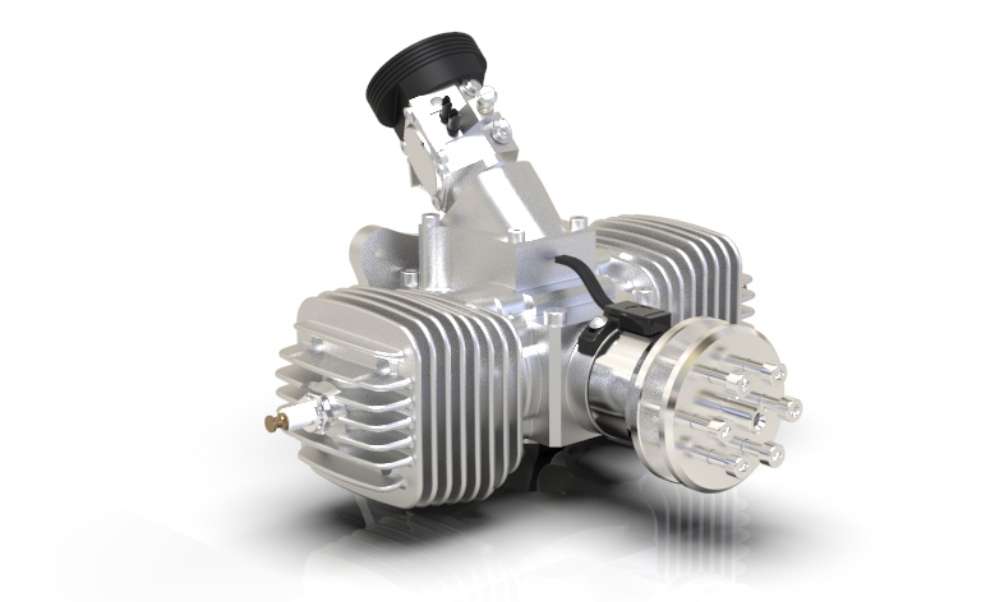 The German manufacturer of internal combustion engines for UAS applications is further expanding its portfolio of two-cylinder engine systems. The new SP-56 series family is Sky Power‘s smallest two-cylinder engine, built on the same modular concept as all other systems from the UAV propulsion specialist.

The SP-56 series is the missing connection between the small single-cylinder engine SP-28 or SP-55 series and the very successful sp-110 series twin engine family from Sky Power.

“It became increasingly clear that we lacked a solution for our customers in the field of small two-cylinder engines. That is why we decided to develop this engine family in 2019. This type of engine was particularly lacking for integration into small helicopters, as single-cylinder engines often do not run smooth enough for these applications, and the SP-110 series is already too big for many of these aircraft,”

Furthermore, the engine can be equipped with a generator or a starter generator, on the Rear Output Shaft. The generators are mounted on the back of the engine. Hybrid applications are possible through generator solutions, in which the engines are used only to generate electricity.

“This allows our customers to configure their engine just as flexibly as they know it from the larger engines,” Schudt continues.

The SP-56 series is based on the updated single-cylinder engines of the SP-28 family. As a result, the SP-56 series has the same improved cylinder design as the SP-28 series, which gives the engine better thermal stability. Like all other Sky Power engines, the SP-56 series engines are available in different versions. Therefore, the engine can be equipped with a carburettor and in the future also with a fuel injection system. A heavy fuel version is also possible. The same HF concept is used as in the recently introduced SP-210 HF FI TS.