Queensland Parks and Wildlife rangers are using drones to bait and catch problem crocodiles — by the jaws — in the state’s north.

The technology has been added to the decades-old arsenal of baited traps, nooses and harpoons that the state’s environment department uses to deal with targeted animals.

“Using a drone, wildlife officers skim a baited noose along the water’s surface near the target crocodile,” he said. “When the crocodile grabs the moving bait and attempts to eat it, the noose locks onto the animal’s top jaw and the rope is released from the drone.’ 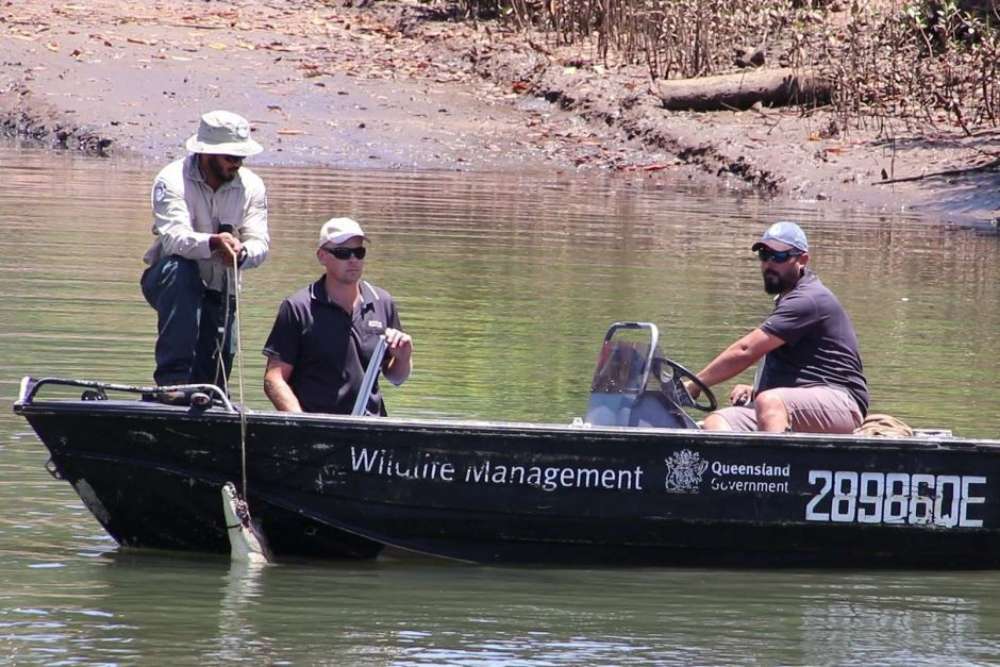 A fast and gentle method

The new approach to tackling problem animals has already shown signs of success.

A drone was deployed over Innisfail’s Johnstone River in August last year, with a targeted crocodile captured within 15 minutes of the drone’s launch. Baited traps can take up to two weeks to catch a problem animal, if at all.

Dr Brien said the drones allow wildlife officers to quickly catch crocodiles that evade other methods of capture without harming them.

“Inspections of the top jaws of crocodiles captured during the research program showed the noose caused the animals no abrasions or bruising,” he said. “This method provides researchers and wildlife managers with an innovative, non-lethal, humane and efficient way of removing wary and hard to capture crocodiles from the wild.” 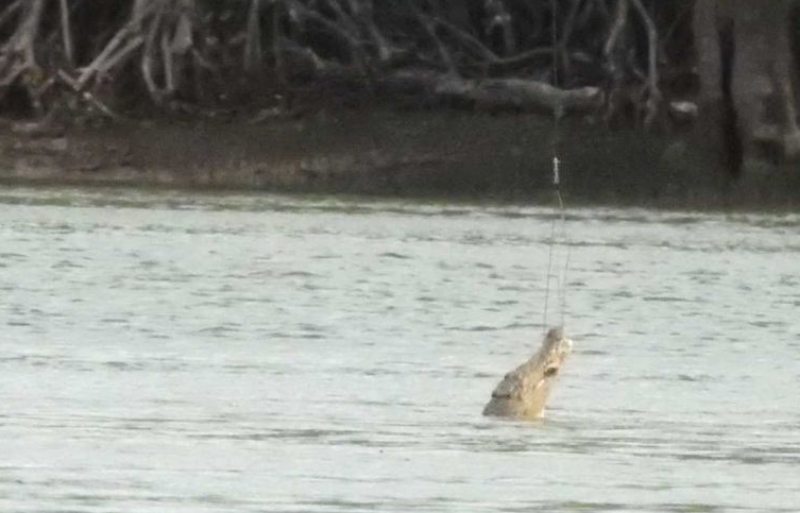 A research report on the use of the technology, written by Dr Brien, is due to be published in the peer reviewed scientific journal Herpetological Review in March.